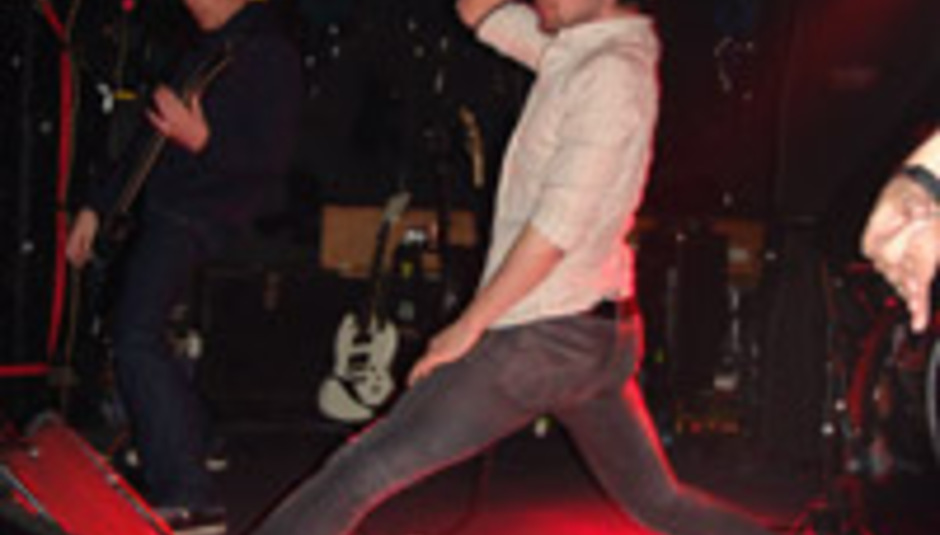 Will HaveN ot got their singer with them

by Fiona McKinlay March 16th, 2006
A family crisis left Will Haven without a front man last night (March 15th). They were about to cancel the show at King Tut's Wah Wah Hut when they found out two local fans were eager to take on Grady Avenell's role for one night only.

The band came on stage and announced that Grady wasn't there, and introduced Craig B from Aereogramme, who sang a couple of songs with the assistance of scattered lyric sheets littering the stage.

When he was done, XsheepX from support band The Seventh Cross took the mic and promptly threw himself into the crowd. Again. And again.

Then it was the turn of a shy little local lad called Simon, who's in some band called Biffy Clyro.

All in all, the sold-out crowd didn't seem too let down. Apart from the old lady up the back who had been expecting Will Young. Ah well, maybe next time.