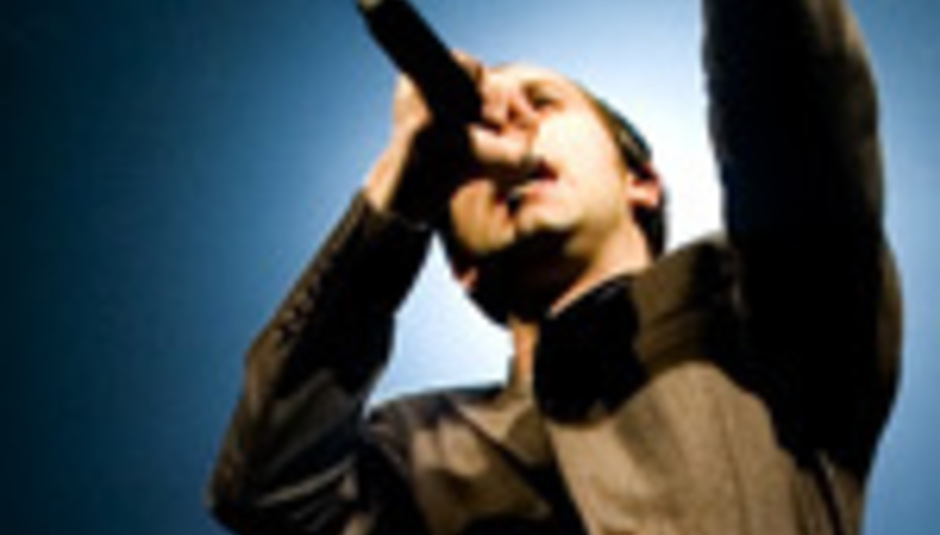 The recording of Maximo Park's second album has hit the skids as guitarist Duncan Lloyd broke his arm last week. The band will also have to pull out of their appearance at the Bloc Party-headlined Royal Albert Hall Teenage Cancer Trust show, reported on here.

The story is that Lloyd was arm-wrestling the band's lawyer when something went a-snap. Ouch. He was taken to hospital in Charing Cross. Singer Paul Smith, pictured, said:

"It's really annoying. We were going to spend the next month in our house in Newcastle where we practice just bashing tunes out and playing each other new songs and coming up with new bits - you never get to know a song 'til you play it - so it's completely ruined that time, now."