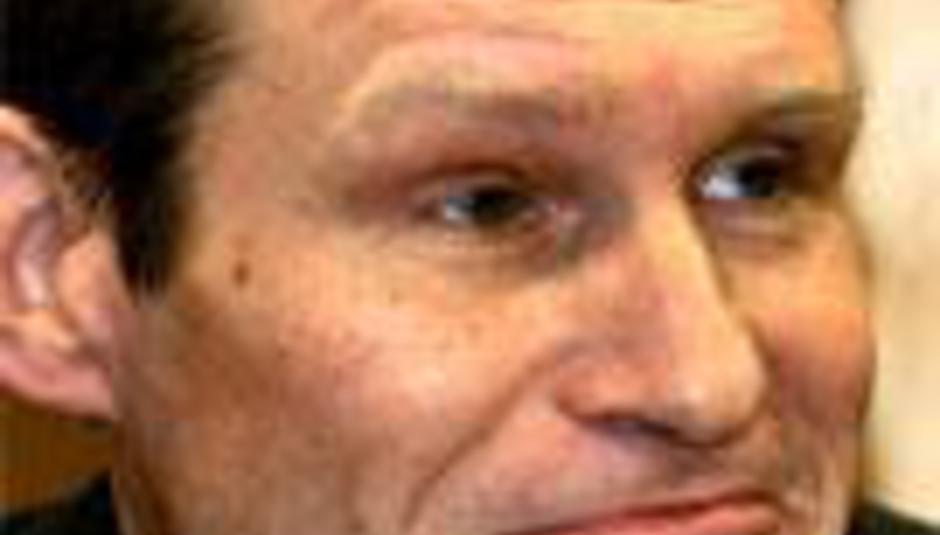 Not-scary-at-all (um, only he is) German cannibal Armin Meiwes - he who met another man through the internet and proceeded to munch through his meaty thighs... and other bits - has told a court that he'd quite like to sink his teeth into a pair of British pop stars.

Appearing at his murder retrial in Frankfurt, Meiwes (pictured) told those assembled: "I want to eat people who are beautiful."

His choice from the menu? Robbie Williams and Liam Gallagher. Well, both have a little weight to them, we guess. Nice with some cranberry sauce and sprouts.

We'd plump for a little Sugababe sirlon ourselves. That, that might be a fib...