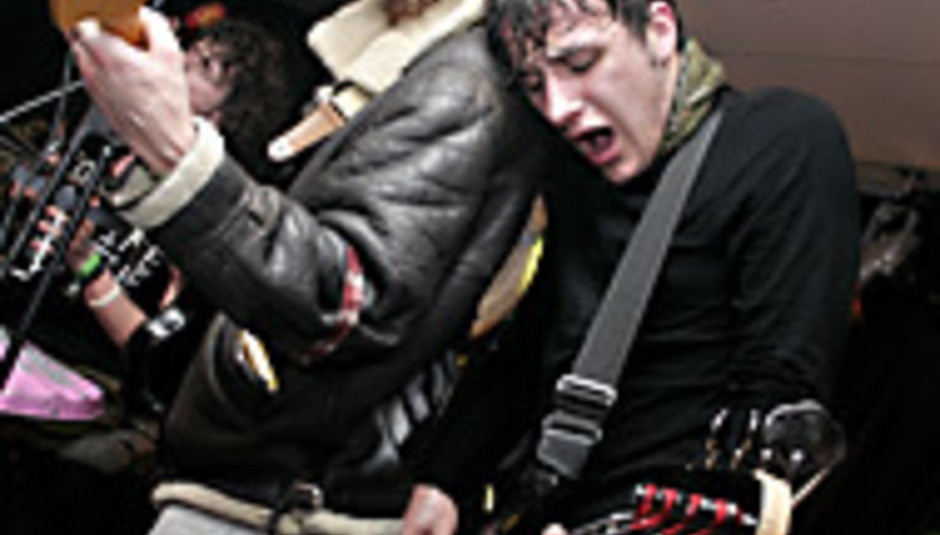 Oh really, boys, do grow up. All this bickering, when will it end...

One day it's some Busted muppet versus Harry Potter, then Wayne Coyne has a dig at pop puppets, and Pink mickey-takes everyone in a single video blow; now, Mystery Jets have chirped up about their dislike of fellow London indie types Hard-Fi.

said Jets singer Blaine Harrison, quoted on Gigwise. Referring to Hard-Fi front man Richard Archer, he continued: "Watching the way he performs, he makes me feel uncomfortable and it makes me think, 'Right, so that's what a man is? That's what a man should be like?'... The way he's leaning into girls' faces shouting 'awwight poppet!' I don't wanna go there... they come from about a mile down the road from us and their fans are probably harder than our fans, but I don't care."

DiScuss: All this badmouthing, it's like Blur versus Oasis versus All Saints versus The Spice Girls versus The Beatles versus The Stones all over again, innit?