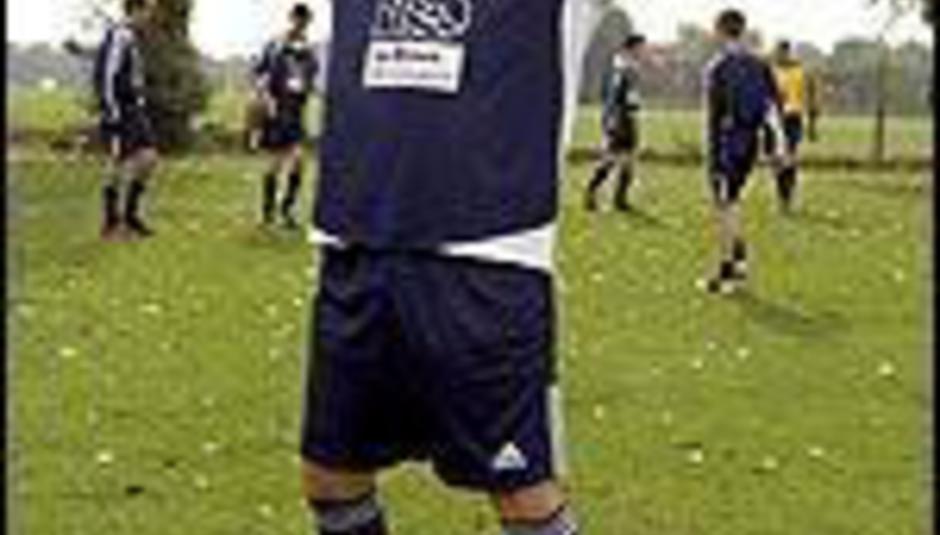 Former Stone Roses 'singer' Ian Brown will be awarded the Godlike Genius award at the forthcoming NME bash, for services to, um, monkeying about and doing time, we guess.

Brown, pictured celebrating the fact that his clothes are co-ordinated, joins a list that reads thus: New Order, The Clash, John Peel, U2, et cetera.

Whatever this man is on, I want some, and I want some right now. The NME have cited Brown's lasting influence on today's indie rock scene as the reason for the award. Apparently his touch can be felt "everywhere from the baggy beats of Kasabian through to the Arctic Monkeys' northern soul". Eeeerrrgh.