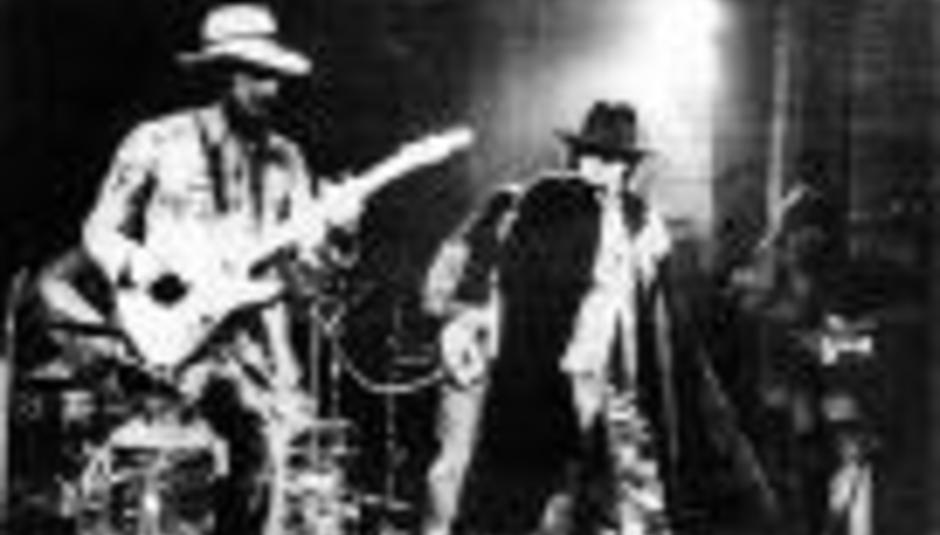 by Sean Adams October 30th, 2002
The legendary and highly influential tumbleweed-blueser CAPTAIN BEEFHEART's MAGIC BAND are to reform to play All Tomorrows Parties and apparently record a new record...without Mr.Beefheart.

20 years or so ago Captain Beefheart's Magic Band split. But on Sunday April 6th, at the upcoming All Tomorrow's Parties curated by electronicers Autechre they will play. They will also play at Londons Shepherds Bush Empire the following night (April 7th) and at the LA ATP curated by Matt Groening of Simpsons fame.

The formative lineup is expected to be in place and will include Mark "Rockette Morton" Boston on bass, John "Drumbo" French on drums, Gary "Mantis" Lucas and Denny "Feelers Reebo" Walley on Guitars. They're expected to enter the studio in the coming months and record a record.

Tickets for ATP can be got from alltomorrowsparties.co.uk.