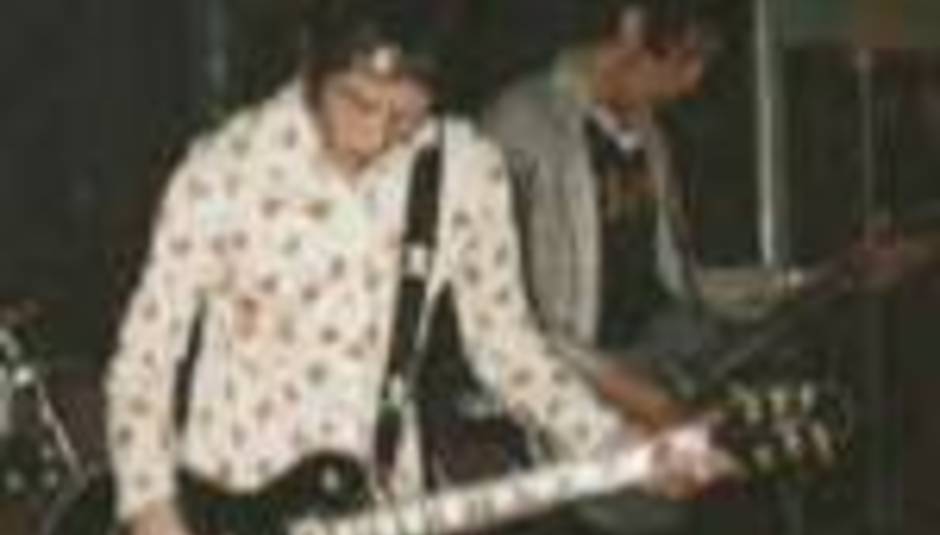 by Tessa Appleby August 14th, 2002
The Eighties Matchbox B-Line Disaster have announced details of their fortcoming new album, single and a UK tour.

The new album from The Eighties Matchbox B-Line Disaster entitled 'Horse Of The Dog' is due to be released on the 30th of September and will be available on CD and 12" Vinyl.
The tracklisting for the forthcoming album is as follows:
1.'Celebrate Your Mother'
2.' Chicken'
3.' Whack Of Shit'
4. 'Psychosis Safari '
5.' Giant Bones'
6.'Fishfingers '
7. 'Charge The Guns '
8.' Morning Has Broken'
9. 'Team Meat'
10. 'Presidential Wave'

Both the new single and album are released on their own label No Death records. Distributed by Universal/Island.

Singer Guy McKnight states: "We go and see lots of other bands and get really excited about them, then you buy their album and it's boring. Not how they look or talk. 'Horse Of The Dog' isn't like that ­it lives up to our expectations, ­ we've tried to make it as exciting as possible and we don't want to disappoint anyone."

The Eighties Matchbox B-Line Disaster have announced details of a UK tour to coincide with the release of the new album and single. The dates are as follows: