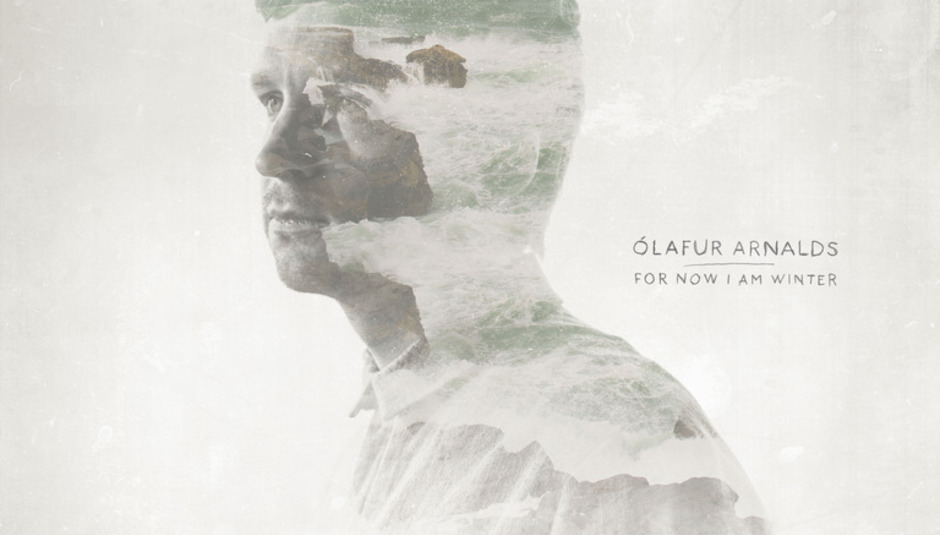 A DiS premiere from Iceland's finest young composer for this ice-y time of year... from his forthcoming album For Now I Am Winter.

Regular DiS readers will be well aware of our love of Olafur Arnalds' work. From seeing him live for the first time at Airwaves a few years back and then picking up his debut album, downloading his free EPs, posting about his song-a-day projects, right through to his recent soundtracks for Hollywood blockbusters (such as The Hunger Games and Looper!), we've been somewhat in awe of his chilling compositions that marry delicate/soaring strings with ominous beats and luminous pianos.

This new track, is taken from Olafur's forthcoming album For Now I Am Winter, which is set for release on the 25th February via Mercury Classics.

For more of Óli's music and for pre-order details, please visit: olafurarnalds.com

Seeing as DiS' very own Luke Slater wrote the blurb for the new record, we thought we'd share the press release in full:

Ólafur Arnalds has steadily built a reputation as one of the world’s most bright and able young composers. Purveying a neo-classical style with an array of influences which range from electronica to minimalism, he is an artist who draws from a variety of sources whilst maintaining his own unique sound. Since the release of his 2007 debut, Eulogy for Evolution, the 26-year-old Icelander from Mosfellsbær, a small-town suburb of Reykjavik, has put his name to a variety of projects. The accompanying small-scale live shows have taken him across Europe, North America and to China, and are where the intimacy of Arnalds’ performance and personality shine through. 2013 brings the release of his third full-length studio album, For Now I Am Winter; which is a categorical side-step away from the sound he is best known for.

There can be little doubt that the recent and rapid progression of Arnalds’ career has hastened his development both as a composer and as a figure of renown, and the increasing variety of his work has clearly been an aid. Since 2009 he has scored films and TV shows including Another Happy Day, ITV’s upcoming drama Broadchurch and the Vanessa Hudgens-starring feature film Gimme Shelter, as well as having tracks feature on the soundtracks to Hollywood hits The Hunger Games and Looper. There have also been two free EPs each composed in a week; Found Songs in 2009 and Living Room Songs in 2011. Both of these collections featured works written and recorded in a day, the former innovatively released through Twitter and the latter released to his fans with accompanying videos through his social media channels and website.

The combination of all of the above has helped Arnalds find his own space in a scene which spans a great deal of the musical landscape, from the ambient works of Max Richter to the expansive soundscapes of his countrymen in Sigur Rós and the neo-classical compositions of Jóhann Jóhannsson.

Similarly, collaborations and side projects – as the electronica-based Kiasmos with Janus Rasmussen, with Nils Frahm in making the EP Stare, or with choreographer Wayne McGregor on his ballet Dyad 1909 – allow a fresh inlet for ideas from artists across various genres, something he thrives off. “I think it’s absolutely necessary. If you never work with anyone else you have no-one to learn from.” Evidently Arnalds is an artist who is wary of becoming stuck in familiar processes, as For Now I Am Winter’s backstory shows.

The foremost and most striking aspect of For Now I Am Winter is just how much more immediate and bold it is in comparison to previous records. Where the piano-led pieces of his most recent studio album, …and they have escaped the weight of darkness, thrive on slow-paced and slow-burning set-ups, here we are furnished with compositions more complex in make-up. On past outings the basis was almost always piano and strings with electronic embellishments merely skirting the periphery. Now the dynamic has shifted. Yet, in some ways the final product is more structurally conventional, with Arnalds thinking in terms decidedly more poppy than before.

This deliberate change came during the writing process, which began early last year. Fast forward a few months and the writing was all but finished, yet something was amiss. “I had the whole album, but I was feeling like it was the same. It was good, but not a huge step for me.” The spark was a conversation with a friend who Arnalds says was encouraging him “to be more innovative with the actual music and not only my Twitter!”

The advice may have been playfully barbed, as Arnalds maintains a large, dedicated and strong online community through Facebook, Twitter and his website, providing daily and insightful updates into his work as an artist, as his method of releasing Living Room Songs and Found Songs demonstrates. His friend’s word was taken and the result was to return to the bare bones and start anew, changing tack and discarding the approach of bygone releases.

What and how it would be altered was already known and American composer Nico Muhly was brought in to help with the orchestral arrangements. “I wanted him to take what I had already written and make the textures more coloured. So, if I had a synth line which was just 2 notes, he would just put those 2 notes and spread them over 30 different instruments in different ways,” he says.

The use of fuller orchestration allows For Now I Am Winter room to breathe, grow and flourish as well as emphasising its dynamic shifts, with the cinematic conclusion to Only The Winds managing to provide some of the record’s deepest and most dramatic moments. The minimalism of foregone outings is noticeably less prominent, but undoubtedly the biggest leap is made with the frequent use of vocal melodies.

In the past the suggestion had been to collaborate with a well-known singer, a prospect which did not sit comfortably. “None of that really felt right to me. It felt so forced and it didn’t feel like we were doing it for the right reasons”. Having worked with and used the vocals of Agent Fresco singer Arnór Dan Arnarson in a track for Ryuichi Sakamoto’s Japanese tsunami benefit project – which would make it onto the new album as Old Skin – the shimmering result was so successful and enjoyable that Arnór’s vocals now appear on three more tracks, For Now I Am Winter, Reclaim and A Stutter.

Arnór’s influence is evident throughout, down to helping come up with the album name. His involvement is one not just between artists, but also between friends. “The album is definitely a result of both of our ideas, even in the songs that don’t have his vocals. His vocals affected my decisions for the rest of the songs,” says Arnalds. The slow-moving title track is like nothing which has come before it; its lethargic and sullen melody creating an outcome that may have been near-unimaginable just 18 months ago.

For Now I Am Winter undoubtedly represents Arnalds’ biggest step so far. It is a transformation in which the form is redolent of what it has succeeded, but one in which something has evolved in the Icelandic musician’s approach. Despite a prolonged process of creation, it is a release which has the full weight of its maker behind it.

“I really want to concentrate on this album and I really believe in this album. I think it’s by far the best thing I’ve done. I’m really happy that I made this decision to try something different.” For Arnalds, the concept of evolution and seasonal change is one which has been nearly ever-present in his music. Here it continues both musically and conceptually – Arnalds’ own framework is fulfilled and we hear a personal evolution as a composer and, for the first time, as a songwriter.