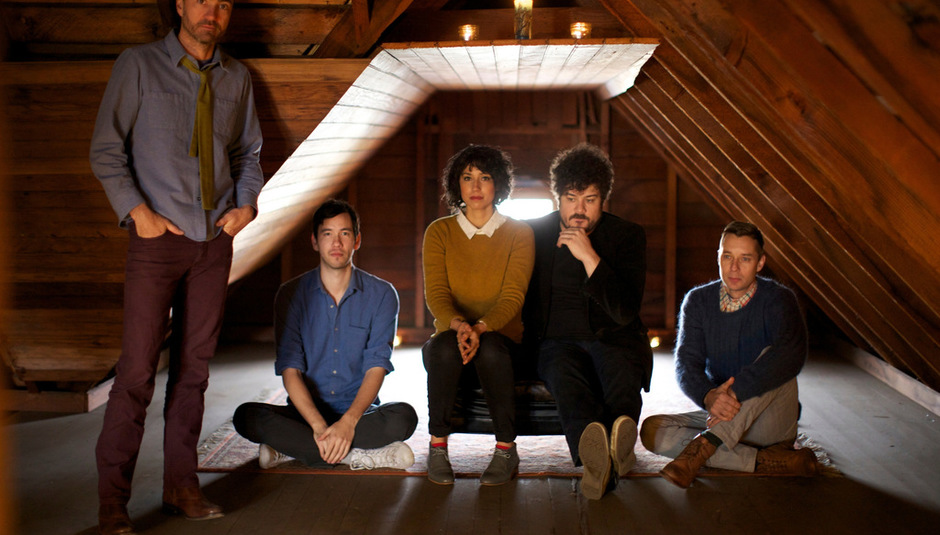 The clock counting down to the release of the new Shins album is tick-ticking louder by the day, and to whet your appetite further, Mr Mercer and co. have finally unveiled the video for 'Simple Song'.

This desk-jiggle-friendly track is the the lead single from Port of Morrow which is released on the 19th of March two thousand and twelve. The video was directed by LA-based duo DANIELS.

...it might be just me but does 'Simple Song' remind anyone else of 'Time After Time'? Pasted it below so you can contrast and compare... it's probably just the arrangement or the chord progression or something....

The Shins play two shows at London’s Forum on 22nd and 23rd March. The gigs – both of which are now sold out – will see James Mercer leading a line-up of Yuuki Matthews (bass), Jessica Dobson (guitar), Richard Swift (keyboards) and Joe Plummer (drums). The Shins' current confirmed international live dates are as follows: