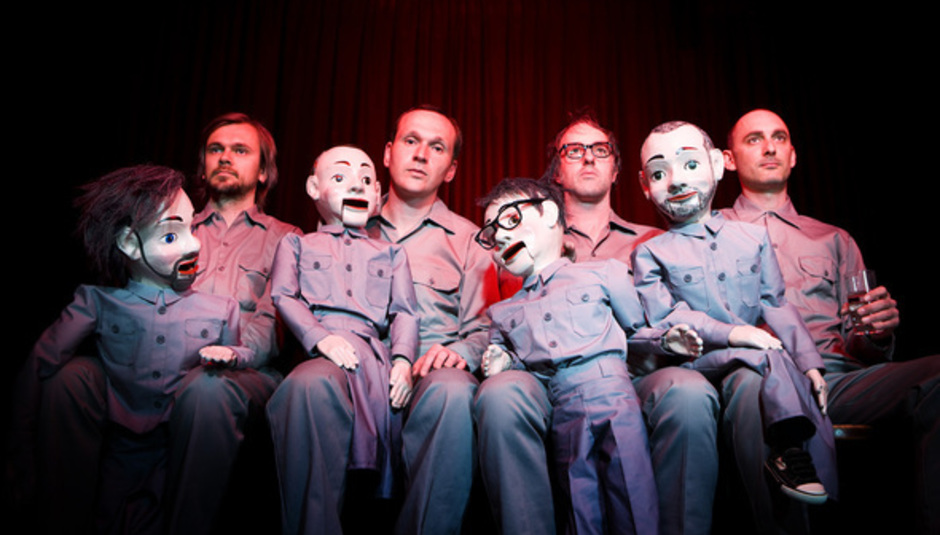 The concept of the "running track" has been done before. It probably came along because running without no accompaniment is so monumentally boring that people need to be stimulated in other, different ways whilst undertaking the task. The "newest" addition to the canon of "running music" comes from Brighton lot Fujiya & Miyagi, who have composed and will release a 37-minute track, entitled 'Different Blades From The Same Pair Of Scissors'.

Actually, it was recorded way back in 2008 for Nike's running series but never saw the light of day as an actual proper release. Now it is. You can buy the whole thing from over here or download one component track from it, 'Chichikov', below via the embedded SoundCloud widget.

Here's a bit of background from the band's Steve Lewis and Matt Hainsby:

"Each part of the recording had a specific time restraint laid out in the brief. The restrictions enabled us to approach the music writing in a different way with less emphasis on traditional song structures and more emphasis on the rhythm..."

"The piece starts with David's [Best, guitarist and frontman] breathing sounds synthesised, amplified as if heard through a filter inside his head. A subtle beat comprising of knuckle cracks and knee creaks floats in the background as if the music is limbering up ready to run meanwhile the synths are building and holding the focus on the music ahead."

"We were very conscious of the need to push the tempos as the piece progresses and we tried to make this sound as natural as possible to give the finished piece an arc that reflected the brief of a runner’s journey/experience/pain."