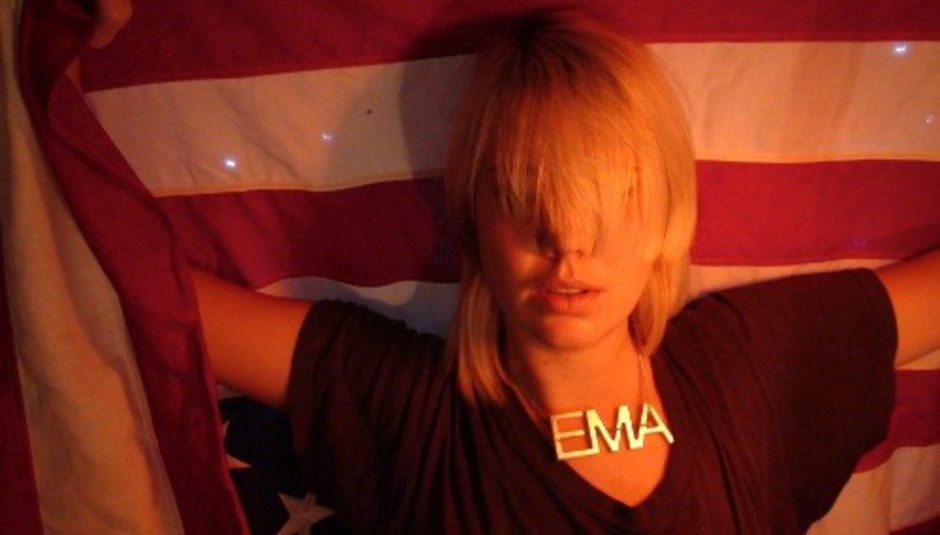 Earlier in the year EMA released her debut record, Past Life Martyred Saints, which got plenty of good reviews and generally HOT reception from a lot of places, including us. She's played the UK before, but there's now more on the way, in September. Of course this is good news.

Yes, there are only a handful of shows in the UK. Yes, some of them are in Europe. Yes, they are included too. Cast your eyes below to see the full details of where and when.

Oh, and there's one show in October, too. Contrary to the headline.