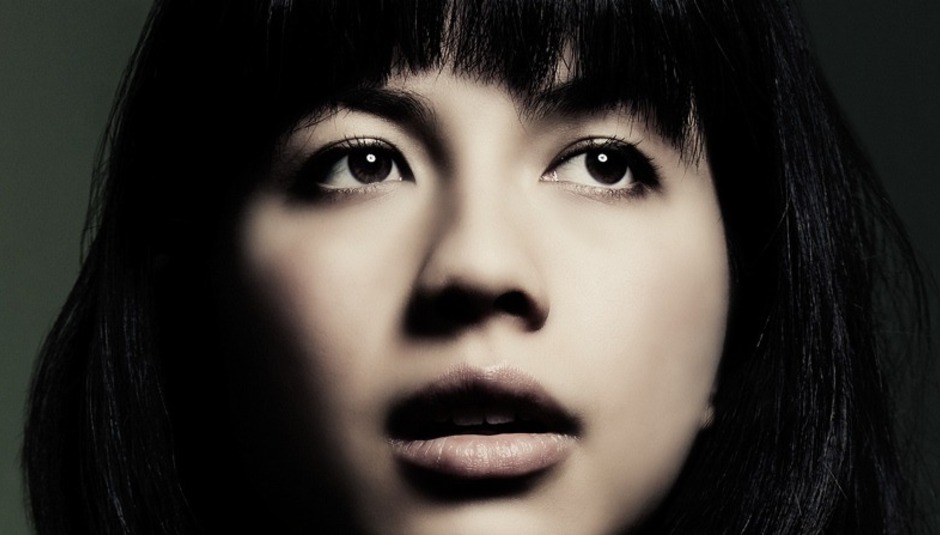 With her forthcoming album only a couple of weeks away, DiS asked Emmy The Great what her and her band were listening to and she made us this mixtape, playable on Spotify, as well as via the videos below. Over to Emmy...

We listened to these songs, and other songs by these artists, during the recording of our second album, Virtue.

This is the opener of my favourite Patti Smith album Wave. I guess it's about her husband, Fred 'Sonic' Smith. One of the songs on our album was inspired by a lyric at the end of Dancing Barefoot, which is also on Wave - "The promise that she is blessed amongst all women." I wrote a song trying to work out what it meant to be blessed amongst all women. Funnily enough, the song is called Paper Forest (In the Afterglow of Rapture), and I have only just noticed this lyric in Frederick: "After the rapture, two hearts meet." According to Harold Camping, after the Rapture is the After-Rapture.

Euan played this song to me last summer, and I became convinced that it was some display of divinity on earth. I watched the Youtube video over and over again. Around the same time a boy took me on a date to see Patti Smith and we got lost in Hyde Park in the moonlight. When we got home I played him this and we spent the whole night downloading Bulgarian choir music, which I then played evangelically until we went to record. Gareth Jones, Euan and I got to see a Bulgarian folk choir live at the Southbank - it was incredible.

This is a very sexy Can song. Both Euan and I put it on our mixtapes for the album. The other day, I actually lost my Vitamin C, and was delighted to have a soundtrack for the occasion. I found it.

I have this on cassette!!! (Sorry just showing off) We love Deerhunter in our band, but people are sometimes surprised to hear that. I think we share their love of sixties girl groups, which is especially evident on this EP.

'In Ear Park' Department of Eagles

This is a mysterious and evocative opener to what is surely a perfect album. When I listen to it I feel like I'm suspended in some ghost moment in time. Which is something that we wanted to borrow for our record.

I had a lot of choir CDs for reference before we recorded. For some reason at the time all I wanted to listen to was various types of choral music and any kind of 80's/90's pop that could be described as 'tacky'. The sound of many voices in a room with huge ceilings is difficult to beat, and I love these iconic Latin liturgical phrases, like Kyrie, or Agnus Dei.

I had one weird night last summer when I searched the word 'Tahiti' on Amazon and downloaded about 24 songs that had the word Tahiti in it. I was looking for a certain type of South Pacific/ tropical folk. Literally all the songs I found were exactly what I wanted. This was one of my favourites. Drums of Tahiti by the Surfers was another good one.

If I could distract Euan while we were recording I would make all the songs sound just like this. This is my comfort zone for listening to music. I have allllll her records. Calypso is my favourite song of hers. I like it when she sounds 'smooth'.

I once walked into my local indie video store in Ladbroke Grove and there was this death stillness, and everybody was pretending to be getting on with their task but obviously not doing anything - it was like I'd walked into a robbery. Then I looked round the corner and saw that Nick Cave was there. This being an indie video store it was actually like being in the presence of our deity. We all kept our heads down but took notes of what he'd been browsing so we could touch it after he left.

This is a stunning record. I read that when they went in to make it, the brief was 'Tinkerbell on Cough Syrup'. I love wading through the wall of music to get to her voice.

'He Cried' The Shangri-Las

60's girl groups. Why is there other music? What I would do to be in a girl group now, minus the abusive producers, misogynistic managers, lack of power and infighting.

'If she knew what she wants' The Bangles

Indecisive girls, this is your song. Also relevant for the men who love them. I have the four Bangles albums and have listened to them extensively so that I can put them in order of preference: 4: Everything (turgid. no thanks) 3. Doll Revolution (surprisingly awesome) 2. All over the Place (classic guitar pop record) 1. Different Light (MANIC MONDAY - need I go on?)

This is the sound your arms make when you fling them out against a wind coming in from the coast. You're probably barefoot, wearing some sort of loose flowing mumu/ grecian combo. Times have been tough, but you've decided that from now on, you're just going to let go and take each moment as it comes.

You can listen to this playlist on Spotify. Emmy the Great's new album Virtue is released on June 13th on Close Harbour Records. Here's a track from it entitled 'A Woman, A Woman, A Century of Sleep':