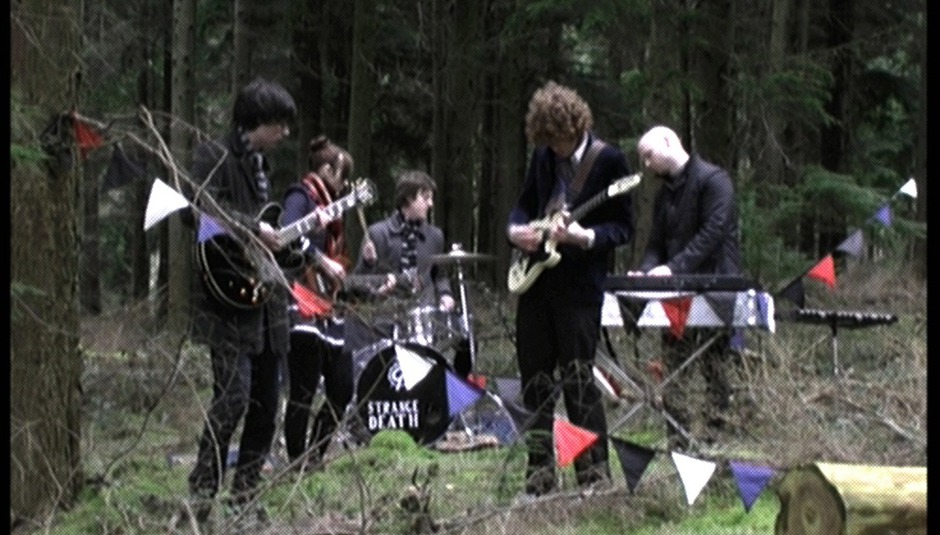 Southsea's finest exponents of artistic post-rock The Strange Death of Liberal England (whom some of you may remember from our Six Tips for 2006 gig with the Maccabees and Jamie T), release a new single in May.

'Come On You Young Philosophers!', taken from last year's Drown Your Heart Again long player, comes out on the Republic Of Music label on Monday 16th May.

The video for the single (below), created by Broken Pixel - whose previous credits include I Like Trains, Lone Wolf and Our Broken Garden - takes the form of a treasure hunt containing clues to the location of two USB sticks hidden somewhere in the UK. Each stick contains the full back catalogue of the band's material including rare tracks and b-sides. Both also hold further clues to a final location and grand prize of The Strange Death Of Liberal England goodies plus a box full of releases old and new from various Republic of Music artists.

To coincide with the release, the band partake on a short tour of the UK in May, calling in at:-

For more information on **The Strange Death Of Liberal England visit their brand new website.