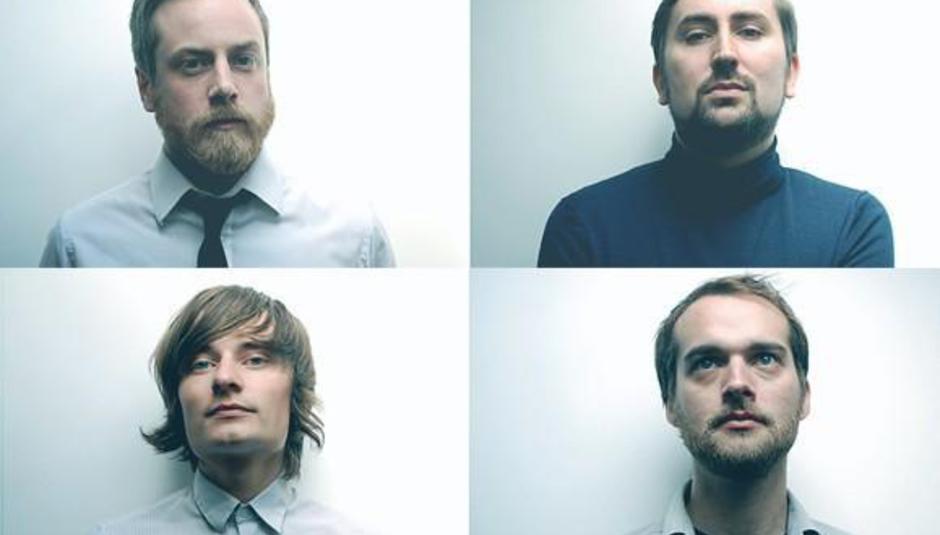 I Like Trains: Watch live footage of their recent show in Brussels here...

DiS likes I Like Trains an awful lot, so much in fact that when they decided to film their entire recent show in Brussels earlier this year, we literally begged them for some exclusive footage and the four rail fanatics from Leeds duly obliged. Not only that, but frontman David Martin kindly wrote us a few choice words about why they went about recording the show onto celluloid.

Take it away David...

"This footage was taken at one of our favourite venues in the world on our recent European tour to promote our latest album 'He Who Saw the Deep'. It was our third gig at the Botanique in Brussels, our first to sell out in advance and on the same evening that GY!BE were in town. As the name suggests, the Botanique is based in the grounds of the botanical gardens and is a small but perfectly formed theatre venue. If you ever have the chance to see a band play there, I would urge you to take it up. The sound is fantastic, the surroundings beautiful and the nature of the venue is incredibly intimate. For us it was one of those evenings where everything came together on tour. We were in good spirits, well rested and well fed, we'd managed to sneak in to watch GY!BE soundcheck and then had the pleasure to play a show for an incredible audience. We're pleased to share that with you here, and thanks to Chudaboy for filming it."

Here's a selection of highlights from the aforementioned show. If you want to see what all the fuss is about I Like Trains will be playing at the Barfly in Camden this Thursday (10th, on stage 9:45pm). They'll also be releasing a new single, 'Sirens', later this month.