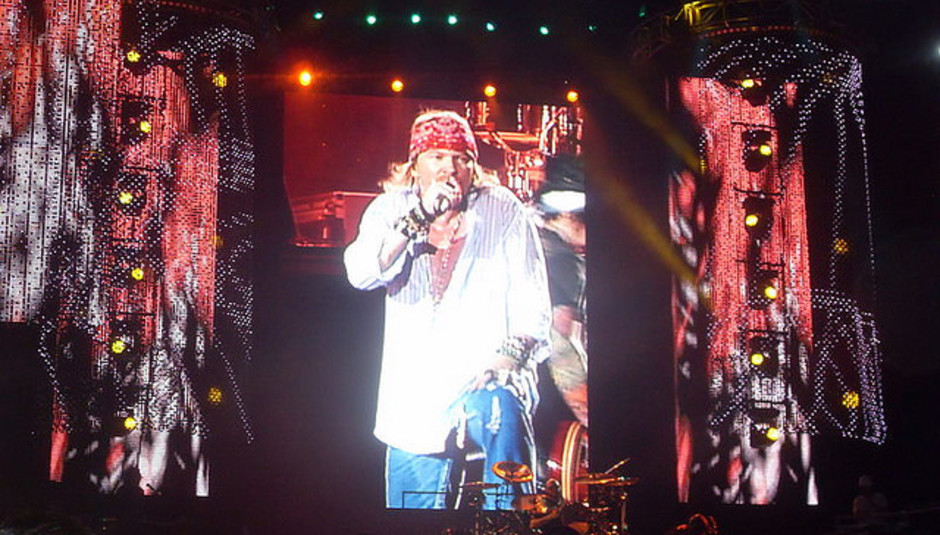 OK, we know that the once legendary rock gods Guns N Roses aren't exactly part of the staple diet of coverage here at Drowned in Sound, but this one is too good to miss out on because it's both hilarious and pathetic. Found via our ever-popular boards, this thread appeared a brief while ago.

As you know, Guns N Roses played a show in Dublin last night. Only they didn't. They were meant to, anyway. Watch what happens below when they eventually do get on stage.

The description on YouTube does shed a little light. As has been the way for a long time and possibly forever, the band took an eternity to materialise. Then they fucked around for a bit, someone threw a bottle etc. etc. Axl sure was pissed off! The best bit is when the lady comes on stage to make an announcement. Gold, absolute gold.

In total fairness, you were warned. The band did eventually return after numerous attempts by the promoters, as reports The Irish Times.

Were you there?! Firstly, WHY? Secondly, get in touch.