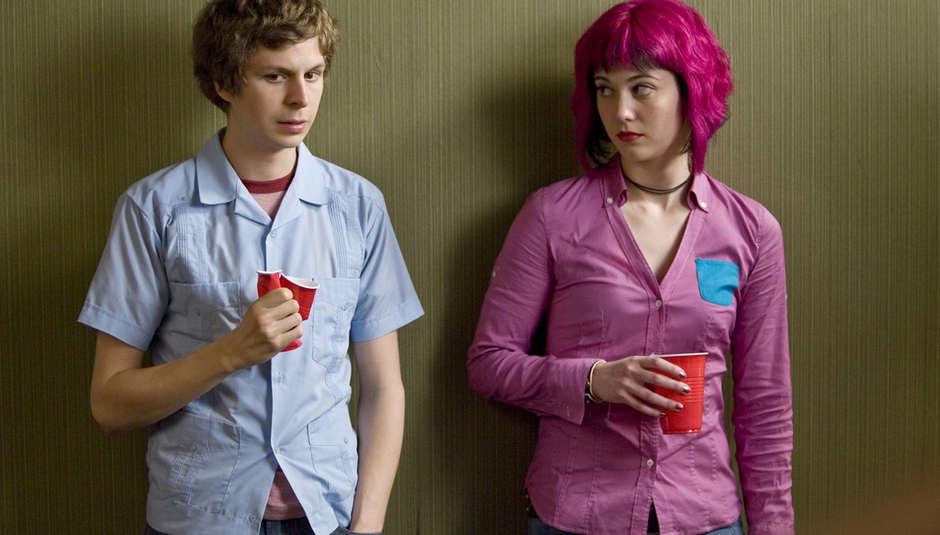 Scott Pilgrim vs. the World is out in movie theatres now and comes from the director of Shaun Of The Dead and Hot Fuzz. That's Edgar Wright to you and me. It is both a hilarious and unique blend of action, comedy, romance and fantasy and an epic of epic epicness.

Anyway, to celebrate the film's release we've got a bunch of Scott Pilgrim related prizes to give away, which includes a guitar and some Scott Pilgrim apparel. Have a look at them below: Good. So that's what's on offer. To be in with a chance of winning these, all you have to do is answer the following question correctly, in the comments section below or via Facebook. Both forms will be accepted.

A - Curb Your Enthusiasm
B - Arrested Development
C - Seinfeld

Pop your answer below. One primary winner will receive the following:

Whilst another 9 "runners-up" will receive everything but the guitar, which is still a pretty cool prize set, no? Competition closes at Noon on September 1 and winners will be notified either by PM on this website or via Facebook, so keep an eye out. OK?