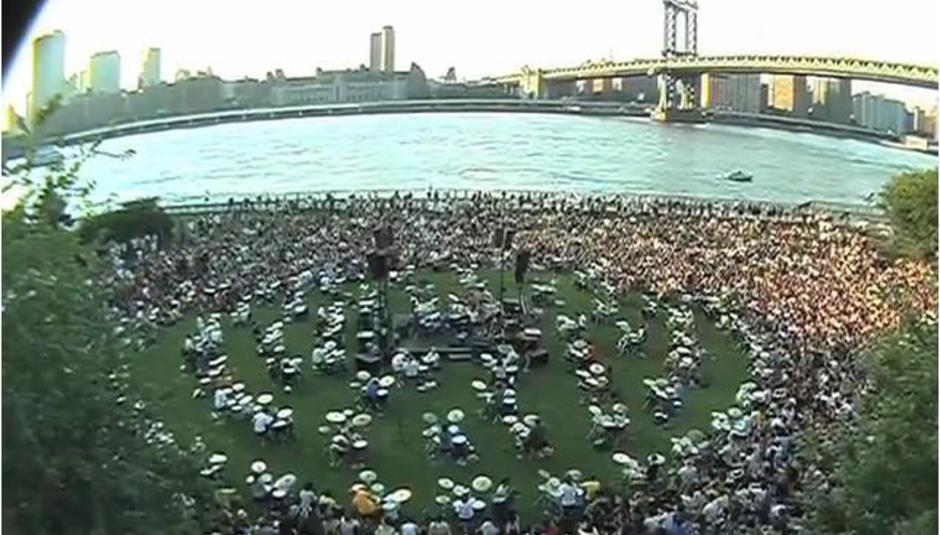 Way back over three years ago the fantastic Japanese group Boredoms did something quite spectacular. They played with a whole 77 drummers as part of their ensemble. One can only imagine the sort of righteous noise this made. Unless you were there, in which case no imagination needed, just cold hard memories.

Now this landmark performance (it was by the Brooklyn Bridge, actually, so landmark indeed), is being released on DVD in September, so that's something to look forward to! Watch the trailer for it below and get an idea of what you're going to get.

The DVD also includes behind the scenes stuff, rehearsal footage and interviews. It was filmed by Jun Kawaguchi and his crew, as well as several other sources. The DVD comes out on Thrill Jockey records on September 7. Date for your diary.