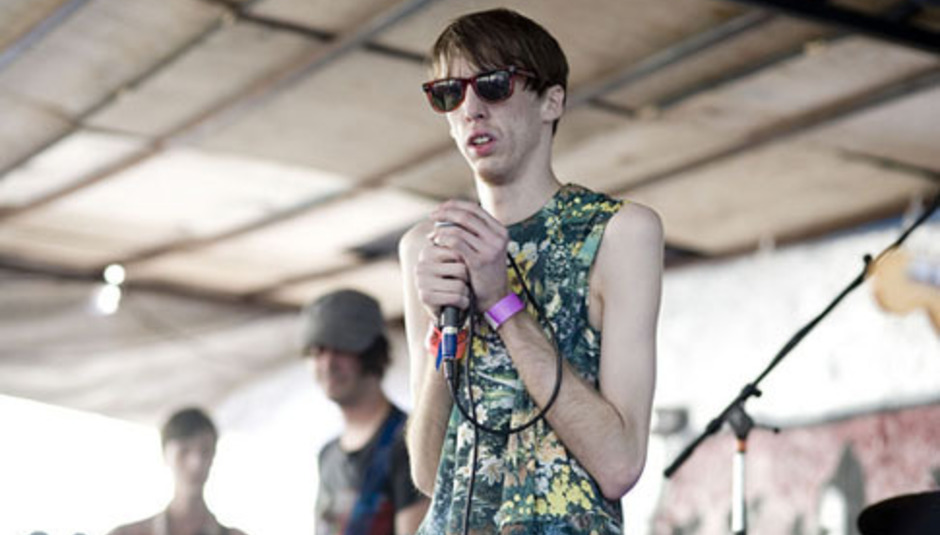 A few days ago Deerhunter surprised us, somewhat, with the announcement of a new record for September. That was pleasant. They also announced details about flyering the shit out of it in the run-up to its release. You've probably stuck a few up yourself in the time since then.

The news now is that they've announced what the tracklisting is going to be (not that this should get you excited or anything) and also what the album art is going to be. Unfortunately we can only find a postage-stamp sized shot of it, so you're going to have to make do with it. Or just enlarge it and squint a bit, that'll do the trick. Can't really work out what's going on. Looks like the little woman from Freaks. Probably isn't. Tracklist is also thus:

Halcyon Digest will be released through 4AD on September 27. Stoked. As the Americans might say.