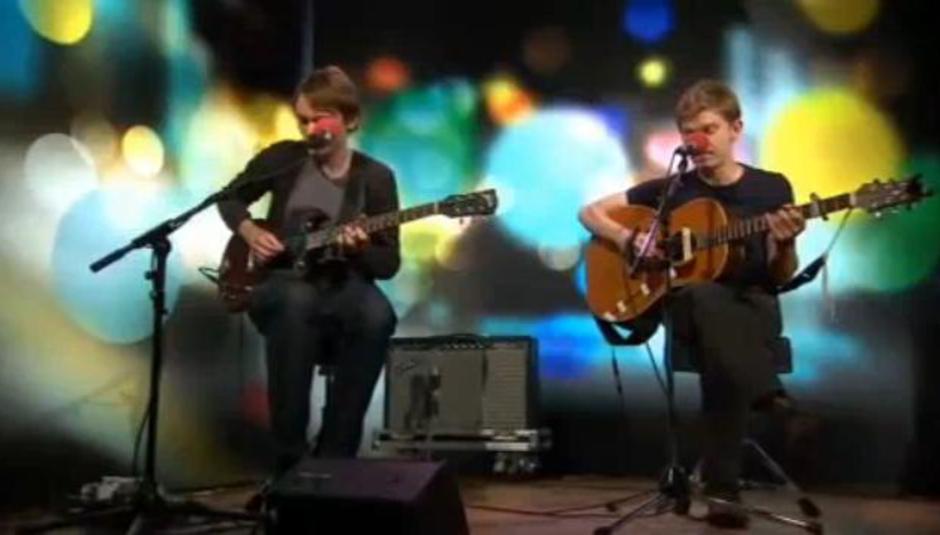 Those eagle-eyed of you will have noticed the absence of BBC 2's Review Show this week. I think it was something or other to do with a festival called Glastonbury. Not entirely certain, though. Anyway, we hope you didn't miss it too much.

It was, however, on the week before, and Drowned in Sound favourites Field Music (well, the main two of them, the brothers) performed a song at the end of it all. We've got a (possibly unofficial) video of the performance for you, complete with Kirsty Wark introducing the band beforehand. Genuinely heartwarming stuff. They perform 'Precious Plans', watch it below:

The band have a few shows in the next couple of months, some festivals some not, some in Norway. They then head off to America for a larger tour. Here are the more local dates, though.