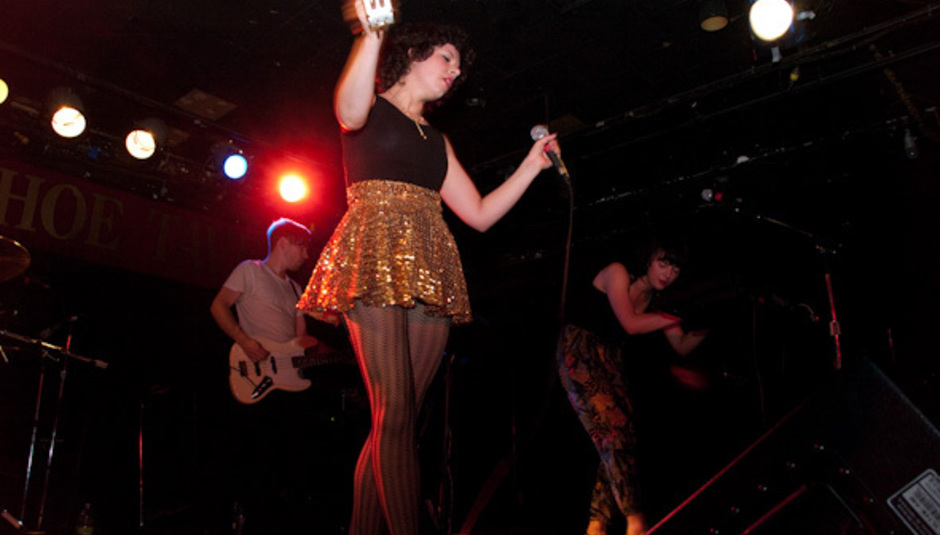 Canadian rockers You Say Party! We Say Die! suffered a loss that was nothing short of tragic in April this year when drummer Devon Clifford collapsed on stage and died two days later due to a brain haemorrhage. The band have now changed their name slightly, dropping the latter section of it for obvious reasons (via This Is Fake DIY).

The band explained in a statement of their website:

"Out of respect for Devon and the evolution of life, today we announce that we will no longer be known as “You Say Party! We Say Die!” but instead as simply “You Say Party”."

There was also thanks for the support they've received from the fans and and said that blessing has been received from Devon's parents and family. There has also been a line-up change for the band, it was revealed:

"In the time between Devon’s passing and this statement, we have all reflected upon our personal lives. Krista has decided that her time with us has come to an end as she no longer desires the long drives, poor sleeps and revolting selection of road food. Instead she’s choosing a home, a garden, some gluten-free baking and a proper education. We will miss Krista very much and she remains a part of our lives."

Robert Andow and Bobby Siadat of Gang Violence have been unveiled as the replacements for the keyboards and drums for the group, with the band promising the continued tradition of "sweaty dance floors and excellent live shows" with "renewed strength and energy".

The European tour that was cancelled is in the process of being rescheduled for this Autumn and the first single from the new record will be 'There Is XXXX (Within My Heart)', in North America at least.