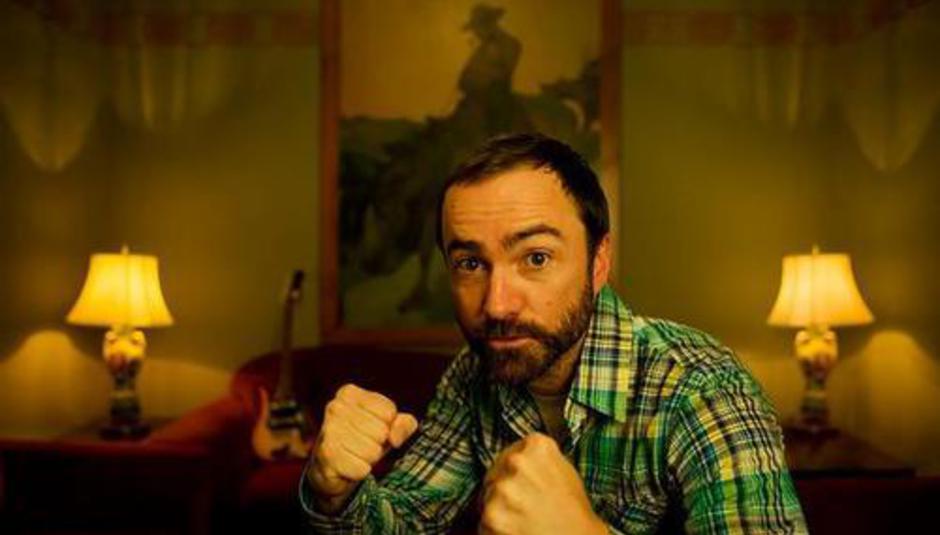 You may have noticed a little less news than usual this week. There is very good reason for this and that's because our news editor was off drinking Viking lager on a press junket in Iceland. Here's a little round-up of the bits of 'news' from the web over the past few days:

Broken Bells have been doing a bit of a promo tour of the US, and yesterday they visited KCRW's fantastic Morning Becomes Eclectic show, with James Mercer letting slip he's working on new Shins material. This is what the KCRW blog had to say:

James announced that in between tours with Broken Bells, he is working on tracks for The Shins, which have been on hiatus. He told host Jason Bentley that a studio is being set up now and that the next thing he’ll probably release is a Shins record.

Listen to the interview and watch the band in session here:

Rinse, the influential station in the dubstep community, has won an FM license. (Guardian)

May finally release an album according to this report on Pedestrian.tv. And according to the Guardian they're just waiting for a guest vocal from Ariel Pink.

Yeah, him from TV on the Radio and the producer of various records, announced details of his solo album and chatted with BrooklynVegan about the record. The side project will be called Maximum Balloon and features Karen O, Holly Miranda, Theophilus London and a host of other guest stars.

Will release some of his "lost albums" and The Wall Street Journal offered a guide with some clues as to what some of these are/might be.

Pretty much every website ran a news story about the return of the incredible Les Savy Fav. Their new LP will be called Root to Ruin, it'll be released on September 13th and the tracklisting is on TheQuietus, here.

Have confirmed that their new album will be out on September 13th and that they'll return to the Matador label. (Pitchfork)

Confirmed they have a new album and that it'll be out on September 13th too (and I reckon DiS might have to have a New York retrospective week that week, don't you?). You'll find all the details on Stereogum.

Their new album includes contributions from Joanna Newsom, My Morning Jacket and Dirty Projectors. Have a listen ahead of its release over on the once popular website MySpace: http://www.myspace.com/theroots.

Chillwave is garnering a lot of mainstream attention. This week The Japan Times attempted to explain the genre as follows:

So what exactly is, ahem, chillwave? At its core, it is melodic, blissful electronic grooves influenced by 1980s synth pop and shoegaze. Often self-recorded on laptops, the use of different effects and filters add a lo-fi, psychedelic edge to the songs. The mellow dance tracks are suited well for sunny afternoons spent reminiscing.

America's answer to Glastonbury (or maybe Latitude is a little more apt) was last weekend and the fantastic Largeheartedboy blog compiled a list of links to sets including The National, LCD Soundsystem and many more. Also, them LOL-baiters over at Hipster Runoff, got into a row with Neon Indian about him 'hiring' topless girls to dance onstage at Bonaroo.

Joined the tribute to Kate McGarrigle (Rufus & Martha Wainwright's mum) at Royal Festival Hall last weekend. Videos of the performance over on TwentyFourBit.com.

Have a new album too. (Pitchfork)

To return with a new album on September 14th. (Pitchfork)

The next Record Club album on Beck.com will feature Thurston Moore and members of Tortoise. (Timeout Chicago). Meanwhile, the INXS Record Club version continues, here's the version of 'Never Tear Us Apart'...

John Lydon told BBC 6Music that there may be new PiL material by the end of the year.

If you didn't read these yet, The Guardian has published a series of pieces from the late and truly great Steven Wells (aka Swells) who died last year.