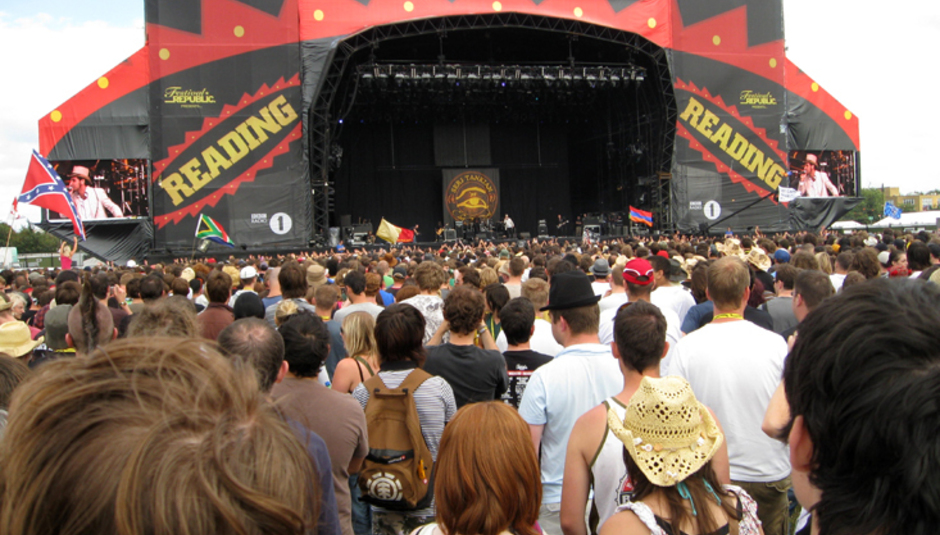 Ever wanted to be a proper reporter? One that goes and speaks to bands, artists, media 'people' and perhaps a few hangers-on at a festival? Like on the television. Bollocks To Poverty, the youth division of ActionAid have set up a competition called Work It! to reward such a person with a place as a backstage reporter at this year's Reading Festival.

The job includes all the usual backstage journalist type stuff, interviewing bands but also helping to spread the message and word about generally saying "Bollocks To Poverty" as it were. It'll also be your task to get musicians on side for the campaign. No easy job, that. The ideal candidate, they say, will be "brimming with confidence and totally comfortable with approaching famous people". Or less famous people, as the case may sometimes be! Anyway, to enter you'll need to make a video of yourself - Big Brother style - showing your best attributes and putting a good account of yourself across. The winner needs to be available as part of the BtP team during Reading Festival (obviously!) which runs from 27-29 August.

Entrants must be aged between 18 and 25 inclusive on August 1 2010 and ActionAid will announce the winner on August 12, with the deadline for applications being 26 July. Plenty of time. More details about the line-up for Reading can be found here.

Mudhoney to tour UK and Ireland this Autumn