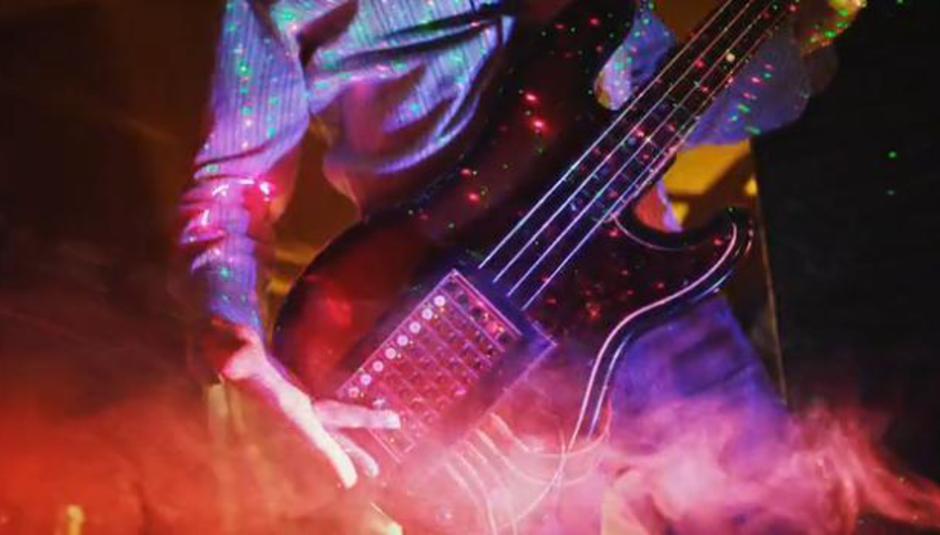 Tom Jenkinson may be more well-known in his guise as the basstastic Squarepusher for his face-melting compositions than his videos and that in itself is no shame. Although his 2008 album Just A Souvenir was released ummm...in 2008, he's only just got round to doing a video for the most mind-bendingly awesome track from it, 'Delta-v'.

It was described thusly:

"...the musical embodiment of man and machine in complete harmony; the fretboard ripped through with a snarling contempt whilst pops and slaps rain down in a thunderstorm of fuzz."

Seems about right. Pitchfork.tv have had the video up for a very little while but we also thought you'd like to see it anyway. I think it sums the whole process up pretty well. And, after all that talk of face-melting I'm glad to see that Mr J is wearing suitable goggles.