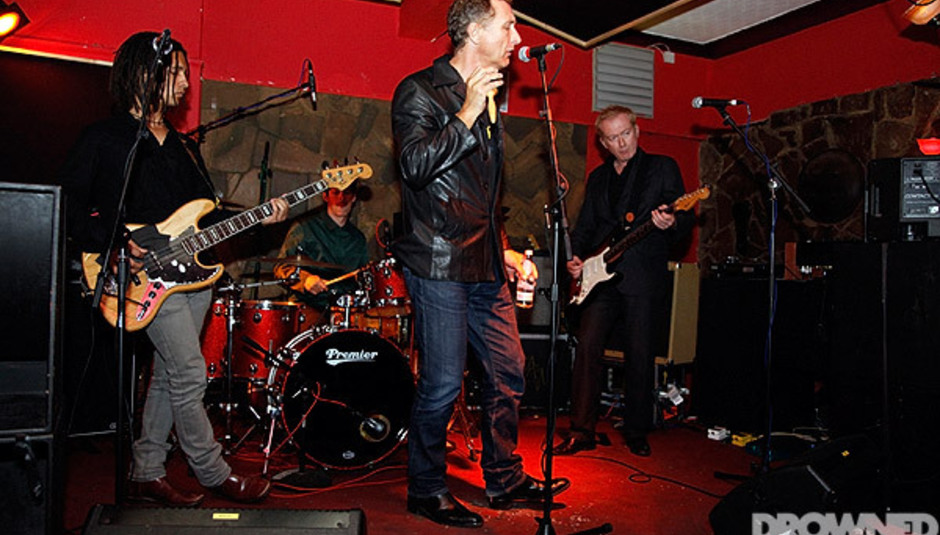 The last that we heard from Gang Of Four was that they were funding their new record and tour by auctioning of various pieces of memorabilia along with other 'prizes', such as a helicopter trip to and/or from Glastonbury with the band. To or from London. That new record is called Content and that's what they've been working on recently, obviously.

Here's what Jon and Andy have to say for themselves on what exactly they've been up to in recent weeks and months.

"We’re emerging blinking into the light after many months locked in Andy’s studio, clutching Gang of Four’s new album: Content. Later this summer you’ll be able to buy it on download or CD. But we’re offering weirder and more wonderful options to a limited number of GO4 aficionados. What about taking a helicopter trip to this summer’s Glastonbury Festival with us?"

"Or you might enjoy a listen to our first ever gig (recorded in Leeds in May 1977), provided to you on a cassette inside a Walkman individually decorated by Andy and Jon. A private view of an exhibition of GO4 art combined with a gig in London’s ICA this June are just some of the other possibilities..."

There you go. I'm sure they said that last time. Self-promotion out of the way now, here's a track from the sessions they've been involved and one which will, we think, be on the new record. It's called 'You Don't Have To Be Mad' and can be downloaded/streamed by pointing your mouse here and clicking.

Click here to visit their Pledge Music website. There's still some goodies left, should you have some spare change knocking about that needs to be put to a reasonably good cause.