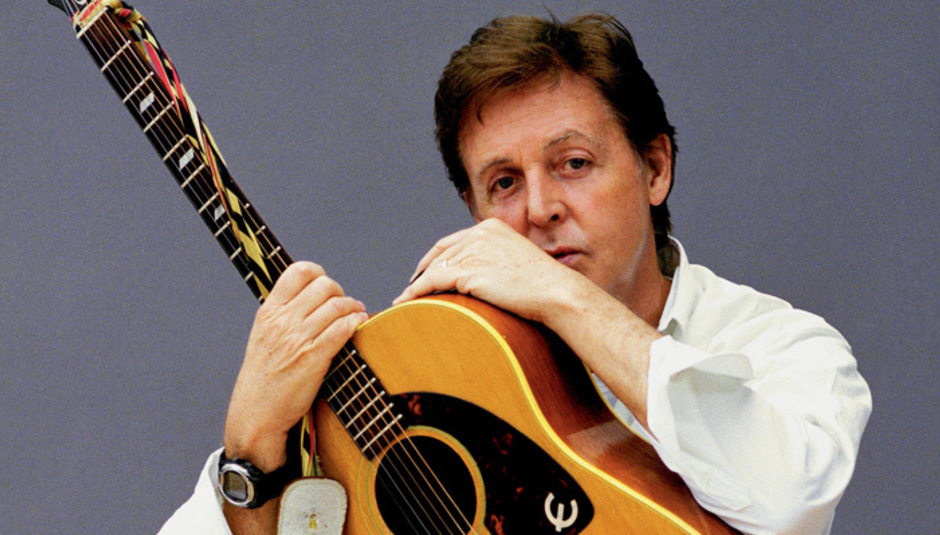 Um, yeah. It's not like we've got an over-60s remit or anything, even though it may seem that way in the past couple of days. Honestly. But we thought in a well-that's-strange-but-I-might-try-it-anyway sort of way that you'd be interested to know that Saint Paul McCartney is indulging in a live 'webchat' this afternoon.

It takes place on UStream.tv, which you can access by clicking here at 5PM. The press release says 5PM GMT, but are we even in GMT? Or is British Summer Time something completely different? I don't honestly know.

We are also told that Paul will be "beamed live from his studio in Sussex across the globe and will answer questions put to him during the exclusive broadcast". Whether or not these questions will be vetted is unknown. We sincerely hope not, but sincerely expect they will be.

Also, if you're at all interested, during the broadcast, winners of Paul's exclusive (this word should be banned, IMO) website competition will be announced. So, if you've entered that then tune in. If not then you WON'T be winning the flight to Mexico to see Paul perform to 60,000 fans at the Foro Sol Stadium next week. And you won't get a free meal OR see him soundcheck (that's a prize now?!).

Mr McCartney plays a show in London's Hyde Park on June 27, as part of the Hard Rock Calling Festival. Once again, to join in on this unique experience, click here and be done! He'll be online for a grand total of...oh, 20 minutes, then it's back to work!

Listen: Download new Tom Jones track 'What Good Am I'