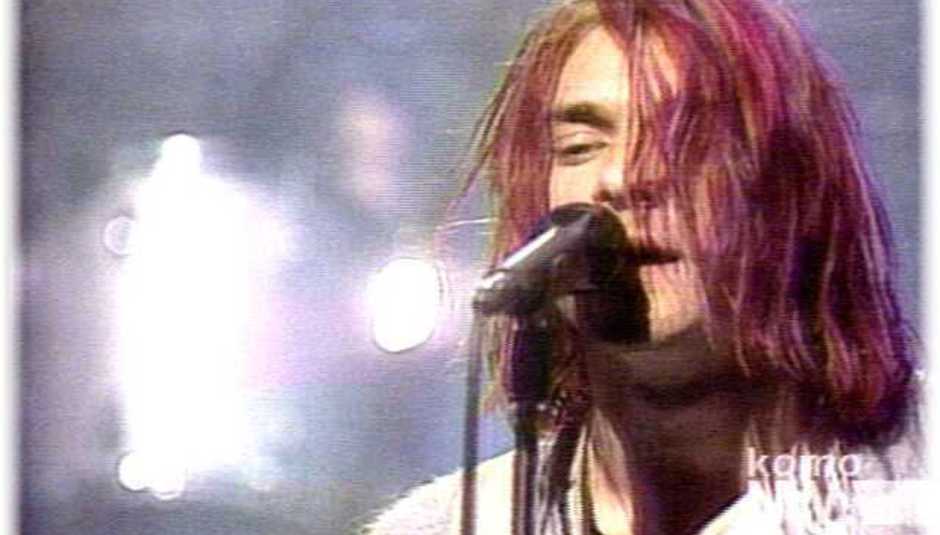 Never did we think there'd be a day when SEVERAL of our news stories were NICKED from The Sun, but today is just that day. Following the news that Blur are to release a new single, the news comes to us that Twilight Star Robert Pattinson is due to play Kurt Cobain in a film of the singer's life.

According to the story in the paper, R-PAX has been on the ol' dog and bone with Courtney Love who, for some unfathomable reason, has been given a 'key role' in the production of the biopic, tentatively titled All Apologies, after the Nirvana song, obviously. Though I say it's unfathomable, it's quite clear why Courtney has been given such responsibility, isn't it?

The report also claims that Love wants Scarlett Johansson to play her in the film. Interesting. An unnamed source, again, said (caps those of The Sun):

"This is a big money deal for Courtney. She has agreed to the film on condition that she gets to decide the main aspects of the project including director, casting, screenplay and music.

"Robert has been calling and emailing her non-stop. She has been a bit wound up by his manners, but he is her number one choice to play Kurt. She is adamant Scarlett will play her. Scarlett is friendly with FRANCES BEAN, her daughter with Kurt."

Will this be the next in a long-ish line of Nirvana and Cobain based films which have been shelved? Let's hope so. A movie like this not what the world needs right now. The facial similarities between R-PAX and Kurt are there for all to see, though, both of Irish stock, both...um...having that designer stubble.