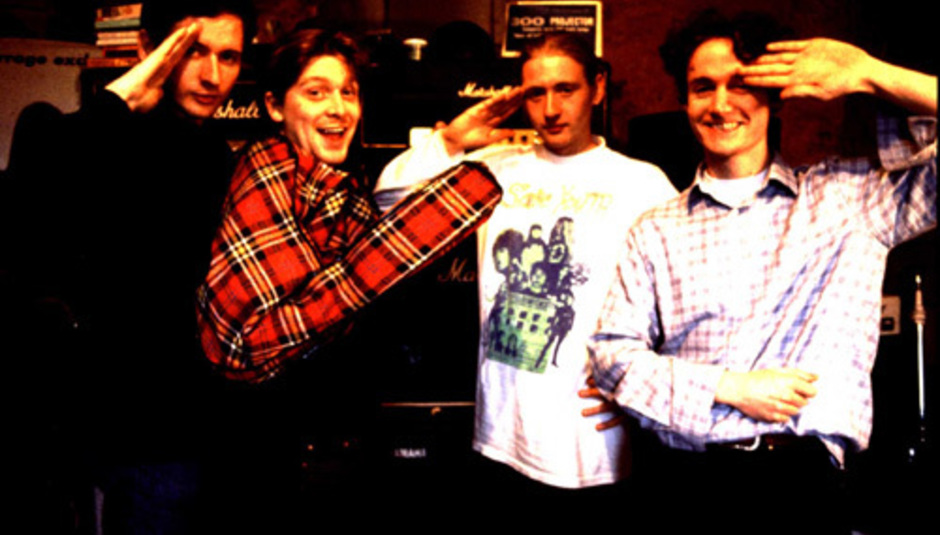 It's been a fair ol' while since Teenage Fanclub started work on their ninth studio album, Shadows. Over 18 months, in fact. They have revealed today, however, that the record will finally be released on May 31 through the band's PeMa label, and Merge in North America, where the release date is June 1. Brilliant stuff. We hope.

It's their first record since 2005's Man Made, which made it to #34 in the UK album charts, man! Tracklisting and artwork below. I'm not sure if the actual album cover comes with that wonderful black outline, but we can only hope. Wondering what to expect from it? Well then you should head over to their blog where there's track two from it 'Baby Lee'. Stream it and that...