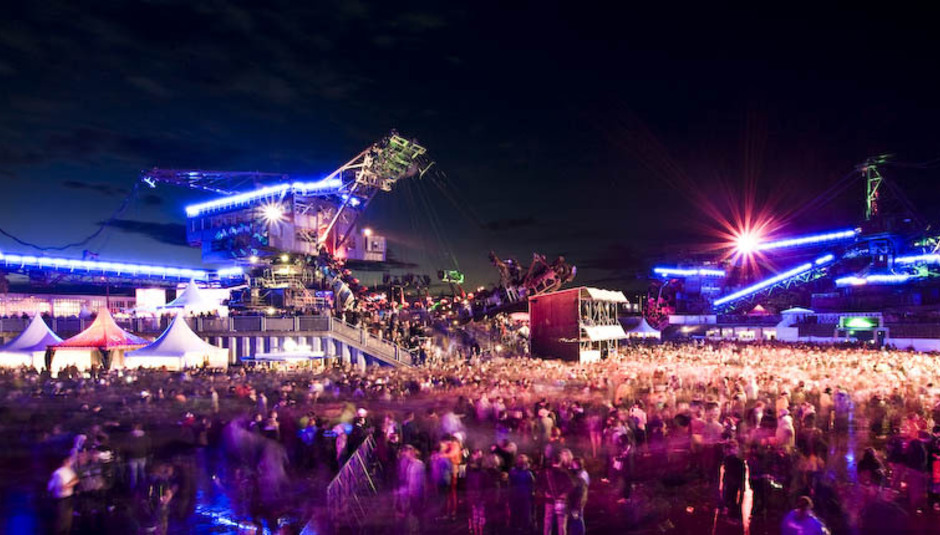 Another weekly edition of the festival news round-up, featuring the events that aren't quite important enough/are too foreign to get their own standalone news story. This week features the Camden Crawl at the top of the bill, as well as offerings from our Polish and German friends.

The people at the Camden Crawl - sponsored nobly by Gaymers Cider this year - have just confirmed three of the four headliners for the Roundhouse shows, on the Saturday and Sunday. To your surprise, Sugababes will be playing Saturday, just underneath SECRET SPECIAL GUEST. On Sunday Lostprophets take to the stage at around 6PM, before We Are Scientists do likewise at 9PM. Elsewhere on the bill, Gang Of Four, Lightspeed Champion, Roots Manuva and Young Marble Giants are set to join in on the Bank Holiday Weekend festivities.

The most delightful festival I've ever been to. Though it is a three-day indie-pop celebration, so that comes as no great surprise. Also on offer are a fine selection of real ales, not that I'm aiming to be the poster boy for CAMRA or anything.

This year's festival - which takes place from 23 - 25 July at The Midland Railway Museum in Swannick, Derbyshire - has just seen the first bunch of bands confirmed. They are below, in no particular order:

Allo Darlin', Ballboy, Be Like Pablo, Betty and The Werewolves, Boy Genius, The Cannanes, Cineplexx, Fanfarlo, The Felt Tips, Foxes!, The Give It Ups, The Just Joans, The Loves, MJ Hibbett & the Validators, Onward Chariots, Sarandon, Shrag, The Smittens, Standard Fare, Stars of Aviation, The Sunny Street, This Many Boyfriends, White Town, Winston Echo.

We covered OFF Festival last year. Seemed very decent. Anyway, 2010 is its fifth year and the level of performer is at a high standard already, what with them confirming The Flaming Lips to headline. Playing alongside them at the Katowice festival are Lali Pune, The Very Best, Memory Tapes, OSTR, Lao Che, Lacowicz, 19 Wiosen who join other notables like Anti-Pop Consortium, The Fall, Efterklang and Austria's Fennesz.

The Southbank centre's Ether festival runs from Friday April 16 until the following Sunday, and it aims to be comprehensive and diverse - and it usually is. A gaggle of appetite-whetting artist additions have just been made, with Gil-Scott Heron adding a second night and the brilliant Germans To Rococo Rot being added along with Tanya Tagaq. There'll also be DJing slots from Andrew Weatherall and Tom Middleton, as well as Tom Jenkinson (that's Squarepusher to you and me) doing similar.

More information, including line-ups and pricing available from the official website.

A lot of you won't remember Field Day too fondly. If it wasn't the endless queues for toilets in 2007, it was the rain in 2008 and 2009. Nevertheless, they always seem to have one of the tastiest rosters around, which should be enough to tempt you to Victoria Park for one more go.

This 'orrible lot are the latest to join the list:

The first seven of those will play the Saturday, the next seven the Sunday. More information here.

A German festival surrounded by coal mining towers. See main picture for surrounding scenery. Industrial to the max. Sounds like my sort of place. Now in its THIRTEENTH year, it will run from July 16-18, in/near Gräfenhainichen, which is about a third of the way to Berlin from Leipzig. Now on the bill:

Does London really need another festival? Yes, it does. Especially with bands like this playing:

Many of which are atrocious names. The Toes?! Regardless, some very good stuff in there. 1234 takes place on Saturday July 24 in Shoreditch Park. Information here.

Underage is the day after Field Day and in the same location, so let's hope the mess is suitably cleared. First wave of acts include:

Tickets priced at £29.50 and available from here.