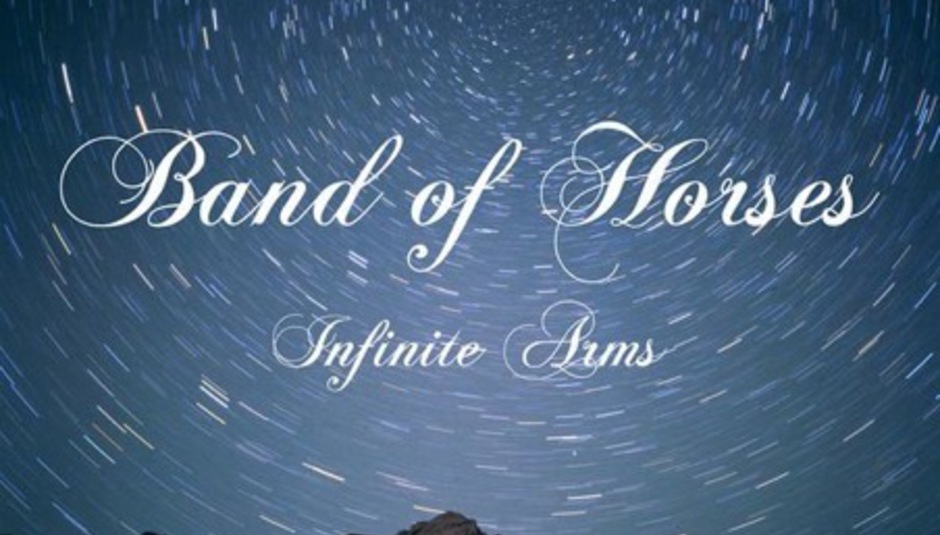 Last week we told you about the imminent Band Of Horses record Infinite Arms, which was then without a record label. This is now not the case, as it'll be released through various different sources - Brown Records, Fat Possum and Columbia - on May 18ish.

It was also without, at least publicly, album art, but that too has now been rectified. It's fairly similar to their previous couple of record sleeves, and the package will also feature design and photograph from Christopher Wilson. Set your peepers on the artwork down there. Spinny.