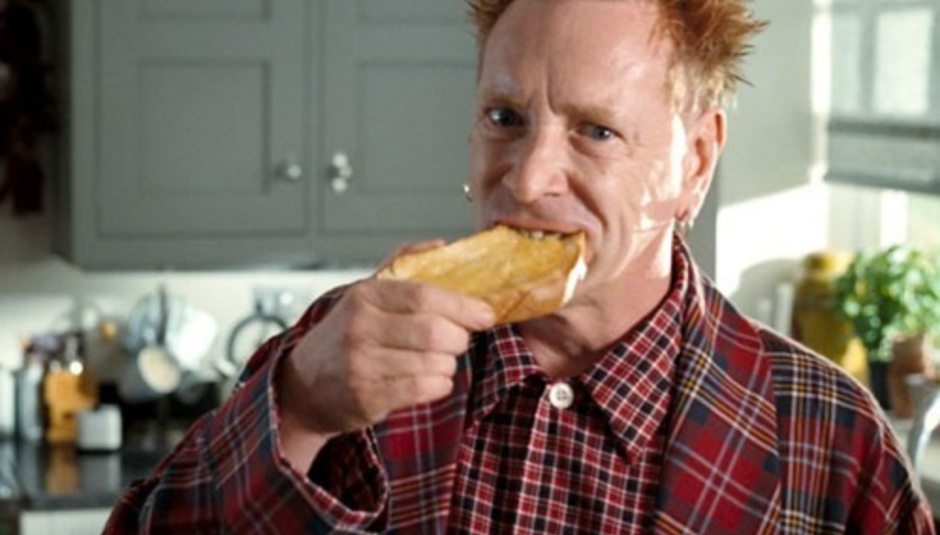 Sex Pistol and face of butter that is John Lydon has said that he wants to boldly go where many, many men have been before, and re-record Pink Floyd's Dark Side Of The Moon. Together with them. Now, you may not think Mr Rotten necessarily fits into the idea of someone who would be overly keen on this project, but apparently he's all game, as has been revealed on The Quietus.

In an interview to be published in free music paper The Stool Pigeon Lydon tells of his fondness for the Floyd, as well as the fact that he gets on pretty well with 'alright bloke' Dave Gilmour, and that Roger Waters' wife used to teach his younger brother art.

He also apparently came pretty close to performing with the band at a Los Angeles show in 2008, after they asked him to get involved:

"Two years ago when they came to LA, they asked me would I come on and do a bit of Dark Side Of The Moon with them and the idea thrilled me no end. Well no, it would have been very, very neat but it stunk a little in my head of 'what am I doing here?'."

Head over to The Quietus to read more and get the low-down. Lydon, of course, wouldn't be the first person to attempt a new take on Dark Side. Those purveyors of at least moderately imaginative re-workings, The Easy Star All Stars, released Dub Side Of The Moon a while back and, more recently, Wayne Coyne-led Flaming Lips have set to work on a new version.

What will come of this? Most likely jack all.