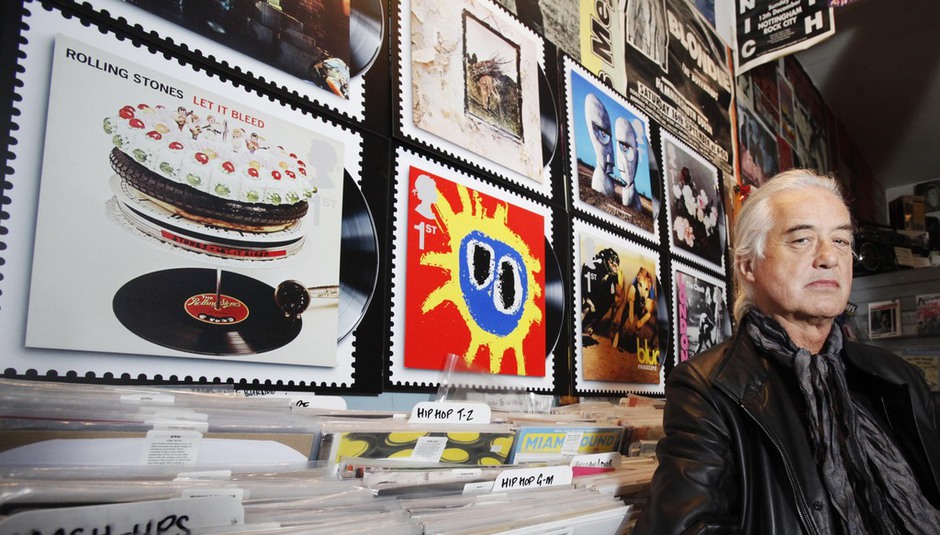 Remember those nice stamps which were put into circulation t'other week? The ones of classic album covers, which included Pink Floyd, Primal Scream, Blur, The Clash, New Order and a few others. Yeah, those ones. Ol' Jimmy P from Led Zep is up ^there^ posing with 'em.

To celebrate this wonderful development, we're giving away a whole HANDFUL (and then some) of great prizes, including the following:

Which is a pretty exhaustive list. We certainly don't give stuff as wholesome as this away every day. So, you'd wanna win those things, right? Well, all you have to do to be in with a chance of winning is answer the below question in the comments section below. You'll need to be signed-up to the site to do so, though.

Q: The full list of commissioned stamps is below. Which album cover would you release as a stamp and, if you care, whyyyyyyy???

Only the very best/most amusing answers will be considered. So put a bit of effort into it. Unless you suggest something so bad that it's good. Y'know, that sort of thing. Imagination. Creativity. Progress!

Just so you don't duplicate an answer, look down there...

Competition closes on Friday January 29 at 1700. Winners will be notified via PM on this website, so keep your eyes on your inbox around that time.

Those stamps can all be bought here, if you're interested. On. Sale. Now.