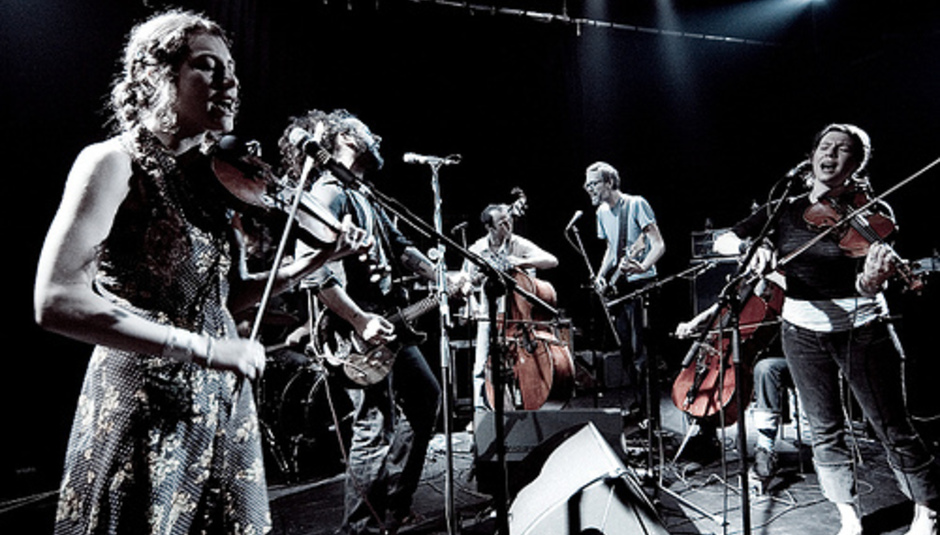 The ever-changing post-rock entity that is now known simply as Thee Silver Mount Zion Orchestra have just confirmed a full UK tour for mid-late March, following on from the previous confirmed ATP shows, and in support of their forthcoming album. It's their first in over two years, too. Folks should be thankful for this.

Things now proceed as below:

The band recently released a few mp3 of a track from the album, 'Bury 3 Dynamos', which can be listened to and downloaded below:

Their sixth studio album, Kollaps Tradixionales is due to hit the shelves on February 8. It'll be on Constellation Records, obviously. A few changes have taken place since their last full-length, with band-leader Efrim Menuck now being the sole guitarist, and the band dropping the 'Tra La La' bit from their name. Oh, there's a new drummer, too, called David Payant.