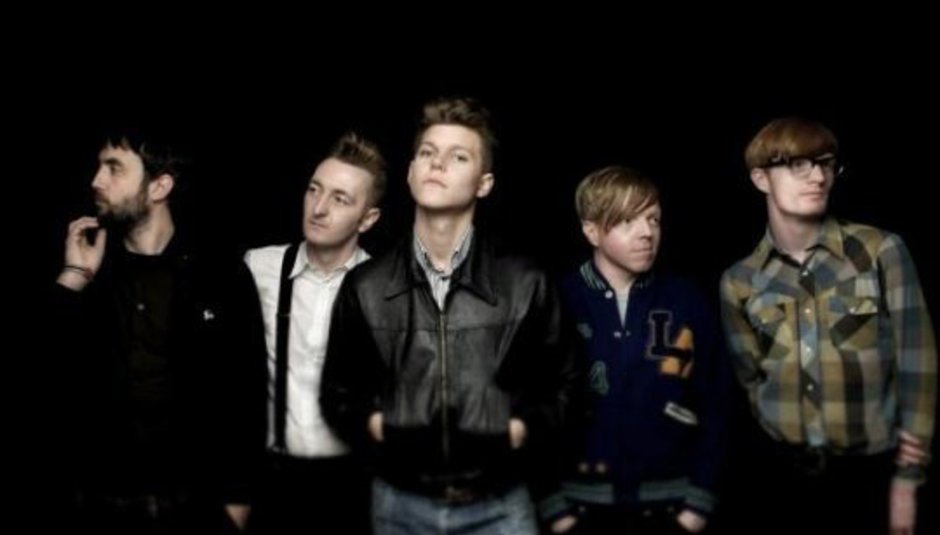 Sooooo, there's the band right, called Frankie & The Heartstrings, yeah? Someone told me about them the other week, but I couldn't find ANY of their music to listen to online not even on bloody MySpace! Imagine my frustration! It was unthinkable! So I sort of ignored them for a bit as I couldn't hactually find any of their hactual music that easily - I'm a lazy guy.

That was until now, or a few days ago, at least, when they filmed and released their first ever video, for 'Fragile'. Now I, and you, can see what all the fuss is about, in audiovisual glory. It's a slow-paced lament with a forceful chorus, but make your own mind up.

This single, is released as a two-track 7" only with 'Hunger' as the other track. It came out on Monday. Plus there's also another limited edition 10" available through their own label Pop Sex Ltd. with loads of other stuff, too.