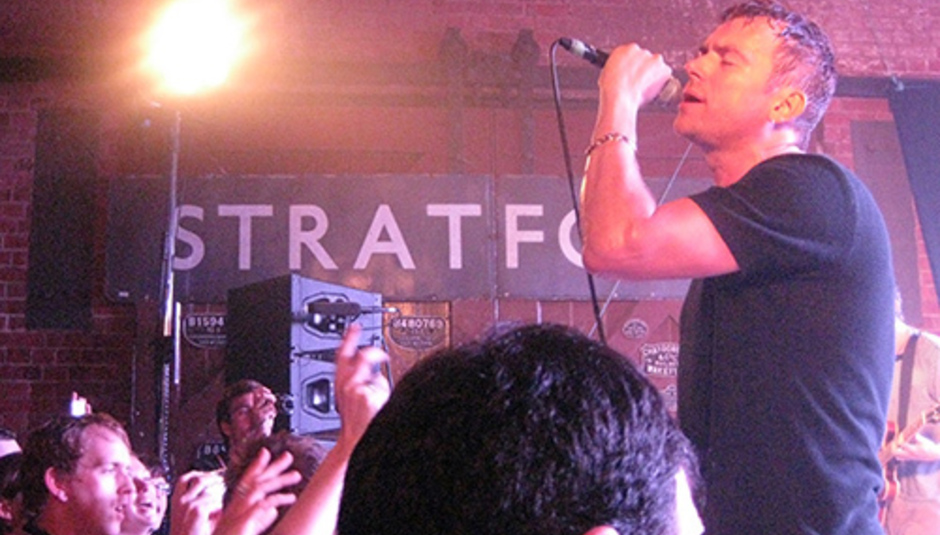 Blur are massive. Gigantic. Overbearing, some might say. Yet, it wasn't always like this. Once upon a time they were a small band, who were playing railway museums in the far flung outer reaches of North Eastern Essex.

It is that very railway museum (The East Anglian Railway Museum, no less) which was the venue for the band's first ever gig, which will be getting a plaque all of its own to commemorate Blur's first ever gig. Exciting for them, eh?

Alex, Graham, Damon and Dave also played their first reformation gig there, earlier in the year. They said, of the Railway Museum:

"We played our first gig there in 1989 and so it was only fitting that we should return 20 years later to kick off this summer’s tour in the place where it all began."

Quite. The unveiling ceremony will take place at the Goods Shed section of the museum on Monday November 30, and, we are told, anyone who attended Blur's first ever gig will be welcome to attend. How they intend to verify this near unverifiable information is beyond me, but the sentiment remains. Probably not worth trying your luck unless you look over 35 at the minimum.

The plaque is being awarded by the Performing Rights Society (PRS) and Ellis Rich, Chairman said:

"Celebrating this country's musical heritage is a great thing to do and these plaques will be springing up all over the country.

"The UK has given the world some fantastic songwriter and performed which enrich our lives and provide the music we love; I'm proud that their humble musical beginnings will be recognised and honoured for all to see."

"It is very fitting that a band like Blur, which started out in such an obscure way and became such musical phenomenon is the first to receive the PRS for Music Heritage award."

Here's some recent footage from the band in the studio. Or not. It's their Rock Profile, motherhumpers.