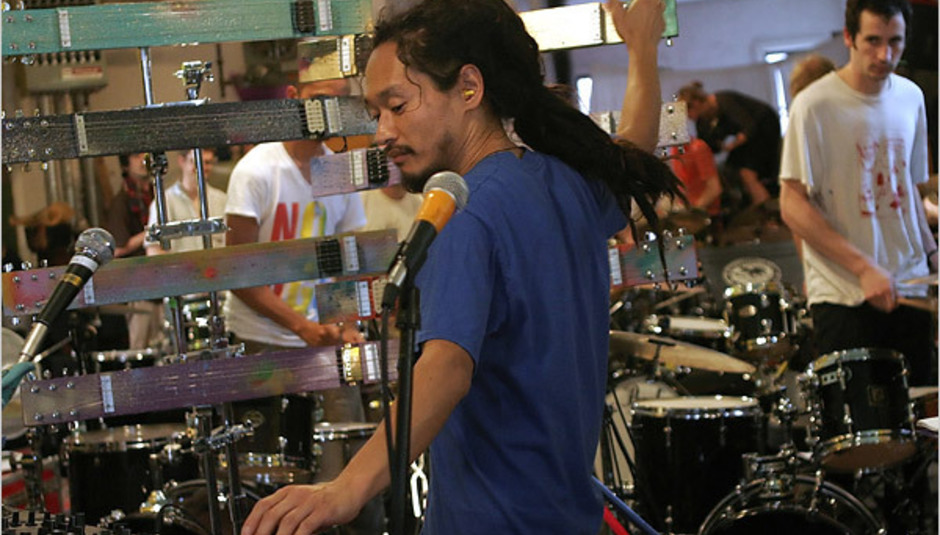 The first round of marvellous bands have been announced for the Matt Groening curated ATP festival, which takes place in May next year. For some reason, no bands were named when the MG was unveiled originally, but now you'll be able to sleep a bit easier if you've bought your ticket, as good news has arrived your way.

The most exciting bit is that The Boredoms will be performing Boardrum 9, which is basically a show with NINE drummers. A drummer extravaganza or something. They've done it before at ATP NY (see below video), and thought it'd be a good idea to repeat the feat this time round and, well, who can blame them? Not me.

Elsewhere on the bill, slightly weird folk-violist Anni Rossi forms part of the line-up with The Raincoats, Tounami Diabete, Danielson, James Blackshaw and Viv Albertine's (formerly of The Slits) Limerence. Click their names below to visit their MySpace pages, and let your ears do the listening.

Tickets for all this sort of thing are available NOW from SeeTickets. Click on that link and do the necessary.