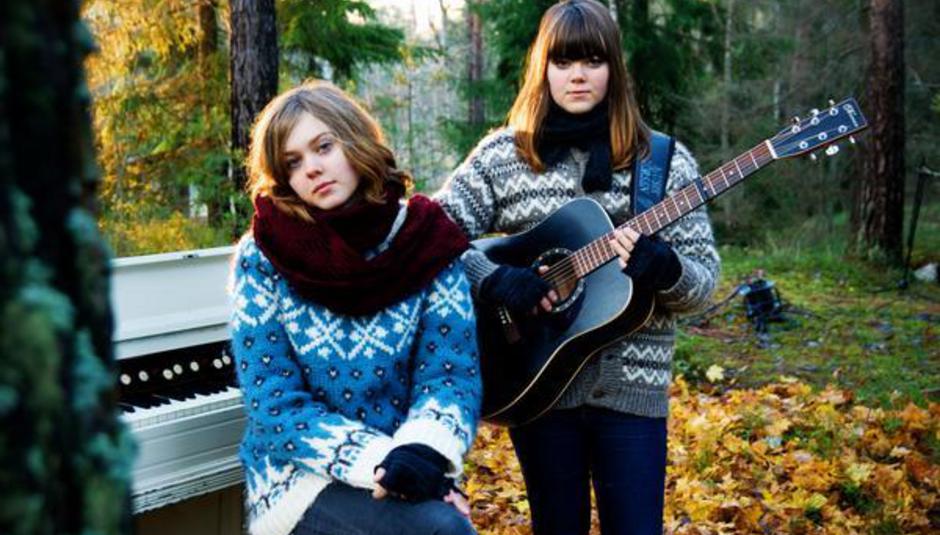 Fresh-faced but also quite particularly good Swedish folk-pop duo First Aid Kit have just announced details of their debut LP, to be released on Wichita at the beginning of next year.

Called The Big Black & The Blue we don't think it's a tribute to both Big Black and Weezer, but we'll never really know. It'll be released on January 25, and follows on from this year's release of the Drunken Trees EP.

And the front cover is this little beauty below: Klara and Johanna (aged just 16 and 19) play The Old Queen's Head, London on December 7, where they'll be ploughing through their debut album in its entirety, as a one-off show.