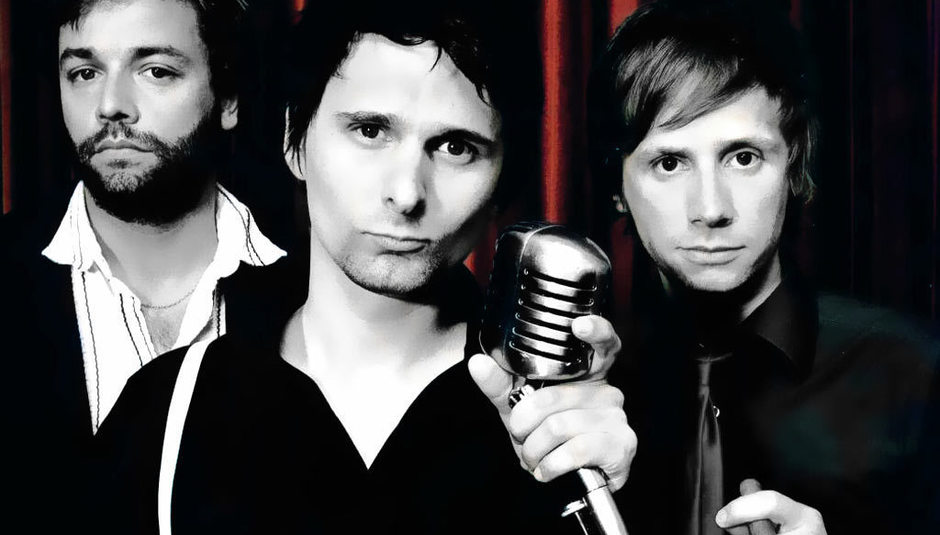 Those Muse guys are pretty serious, right? Well, you might be forgiven for thinking that given their chosen musical direction but, in reality, they're actually a pretty decent bunch of human beings...and ones who are clearly up for a bit of a laugh every now and then, even at the expense of Italian television presenters and studio audiences.

Matt takes the stool, Chris takes over duties on guitar and Keyboards and Jenson Button picks up the bass and lead vocals. It'd perhaps be less obvious if he actually opened his mouth to sing, mind.

If anyone can decipher the interview taking place afterwards then help out. Some is audible but some isn't, being talked over by an Italian-English translator in the most annoying fashion.

Also, if anyone knows what the football game being played in the background during the interview is, we'd be happy to know, just to ease our conscience.

It maybe even beats Nirvana's effort from Top Of The Pops in 1991, for effort if not significance. The funniest part of the below performance is not Cobain's vocals but Grohl's drumming - see 2:26.