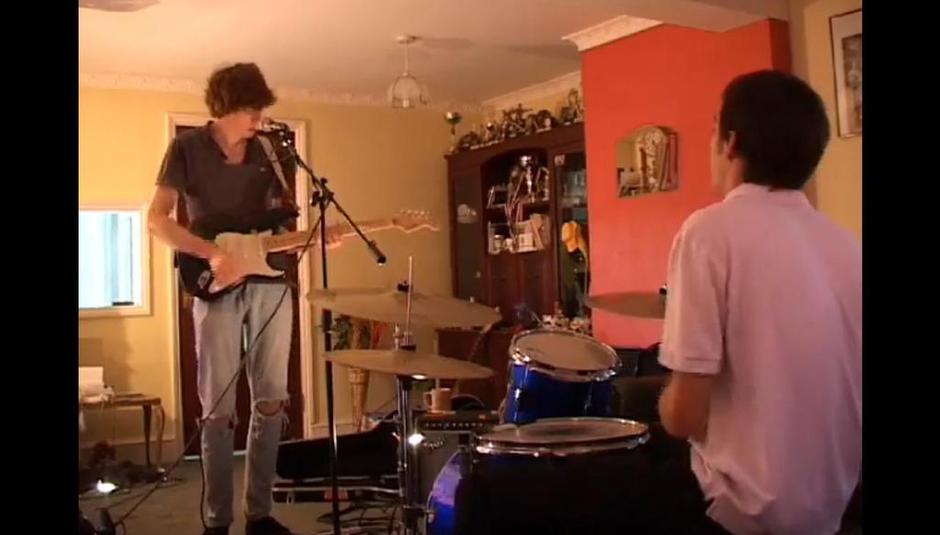 Dominic McGuinness and Brendan Heaney make up Swanton Bombs, a lo-fi, indie-rock duo whose fuzzy vocals and rock 'n' roll swagger have helped prove that it is possible to be both noisy and beautiful.

Although they've technically released their debut album - it was a hand-made self-distributed affair - Smoke Over Swanton, they've also had a proper record label release of an EP, entitled Mammoth Skull, through Quiff. It's pretty evident upon listening to the Essex duo that they're making the right noises both actually and metaphorically.

More recent news in the SB camp sees them touring with Girls, an album planned for early 2010, as well as a single being released through Young and Lost. It's that very single for which we have the video premiere, it's called 'Doom' and is out on October 26 officially but will be available for purchase at the dates they play with Girls (below).

So here's what you've been waiting for, Swanton Bombs' video exclusive for 'Doom', recorded in someone's living room. Maybe even their own. Nice clock.