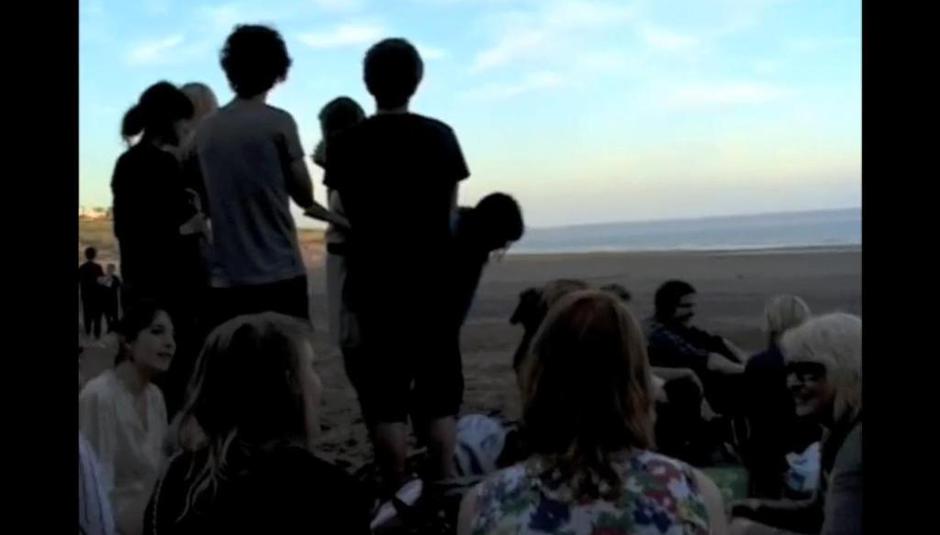 Watch: Los Campesinos! - 'The Sea Is a Good Place to Think of the Future'

It's been pretty much ALL GO at Camp Campesinos! this past week or so. What with Gareth curating his own Bento and the climax of their record box competition being reached, it's all hands at the ready.

But, you say, what about their new material? Y'know, the one with Jamie Stewart and other such people on? Well, that's all coming in due course, but in the meantime they have a new track available for download from their blog. The lyrics are also posted on their blog.

There's also a video for it which was directed by Ellen, the bass player. The sound is a bit darker than we've previously heard from them but...better? Is this going to be a more longer lasting direction for the band? Does it really matter when it sounds like this? Probably not.

Before you watch it, though, take a look at this arrangement of words and dates and see if your eyes and mind take to them in a favourable way.

The Sea Is A Good Place To Think Of The Future from Los Campesinos! on Vimeo.