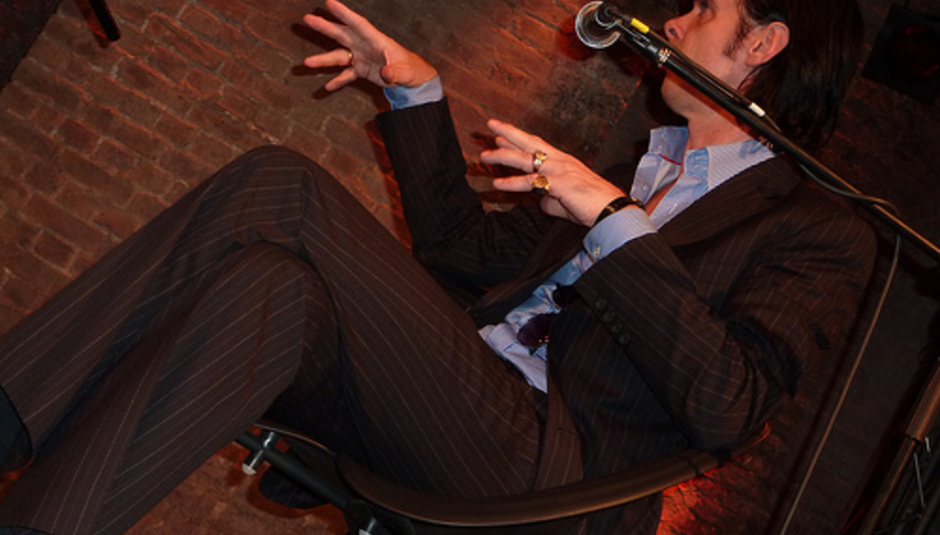 Naturally, everyone knows Nick Cave as one of the baddest motherfuckers of all time, right? It's written in the stars and the Gospel of Badness (foreword by fellow Aussie Chopper Read ).Yet, his talents to not only extend to being musically glorious, he's also a published author, a novelist to be precise.

Cave's new book The Death of Bunny Munro, which is due to be released in the UK tomorrow, September 3, is also going to be released in audio format, reports Music Week. The download will be released through publisher Canongate and available through audible.co.uk and iTunes.

It's attracted a few good reviews, too. Irvine Welsh of Trainspotting fame said:

"Put Cormac McCarthy, Franz Kafka and Benny Hill together in a Brighton seaside guesthouse and they might just come up with Bunny Munro. A compulsive read possessing all Nick Cave’s trademark horror and humanity, often thinly disguised in a galloping, playful romp."

The audiobook features a soundtrack by Cave and Warren Ellis, and is read by Cave. The download costs 21 of your finest British Pounds and was produced by artists Iain Forsyth and Jane Pollard.

A physical edition of the audiobook will be available when the hardback version is released later this month. That will be made up of 7 CDs and a DVD of Cave reading sections of the book, retailing at £30.

Of the audiobook Cave said:

“The idea of a book which can be experienced in different ways is exciting for me. Iain and Jane have created a groundbreaking audio journey which allows the listener to experience the book in a hitherto unprecedented third dimension.”

Click below for Cave reading an excerpt from The Death of Bunny Munro.

If you fancy ordering a hard copy of the book, you can do so from Amazon.