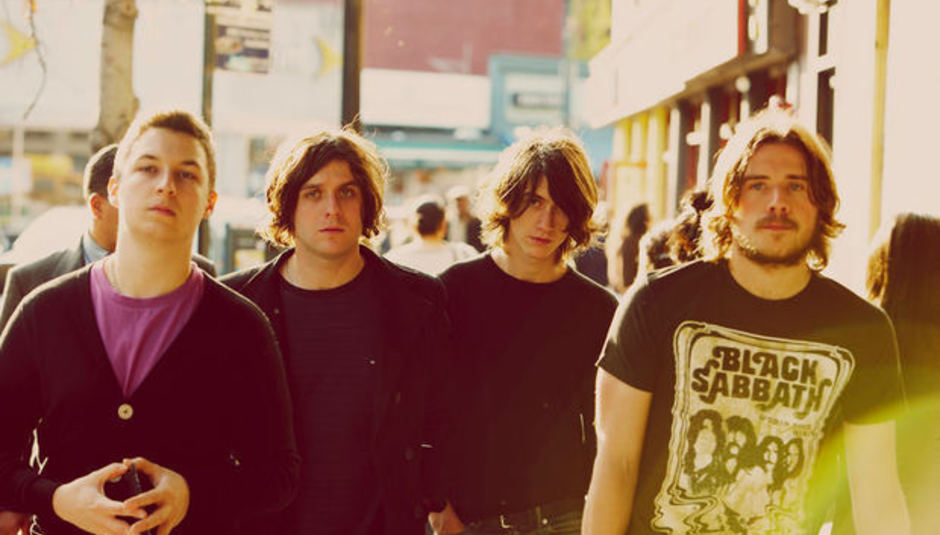 Charity shops have long been the preserve of the record collector looking for a bargain among the bric-a-bric but now the worm has well and truly turned as the Arctic Monkeys are to release 'Crying Lightning' through Oxfam shops.

The single, taken from their forthcoming third long player Humbug is to be sold in Oxfam's 700 shops nationwide and is the first new release single stocked in the shop for 25 years. You may remember that it was released properly on July 6, storming into number 12 in the UK singles chart.

The 7" also features a cover of the Nick Cave And The Bad Seeds song 'Red Right Hand' and goes on sale on Monday 17 August. The partly Josh Homme produced album is due to be released on 22 August.

As with a lot of these sort of physical releases now, purchasers will get a download code with the record to get a digital copy of the song for free so you can stick it onto your mp3 players and the suck like.

"Oxfam is a Great British institution and it's a delight to be working together on this project. There are about seven hundred Oxfam shops in the UK, many of them in high streets that once housed a record shop, so as well as raising some money for a great cause we are able to get vinyl back onto more of the nation's high streets, which feels good.

“We encourage all customers to bring something of value to donate to the store when they come down to buy the new Arctic Monkeys single."

“We were thrilled when we heard about the idea for the new Arctic Monkeys single and are delighted to be partnering with Domino on something that will be great for music fans, and help us raise money to fight poverty at the same time.

“Oxfam shops have always been one of the best places on the high street to pick up a musical bargain or find a rare treasure, and this is a fantastic reason to pay your local shop a visit. ”

Domino, Oxfam and Arctic Monkeys will each have a dedicated microsite to allow fans and people generally interested in this sort of thing to find their local shop which stocks the single. These can be found at: