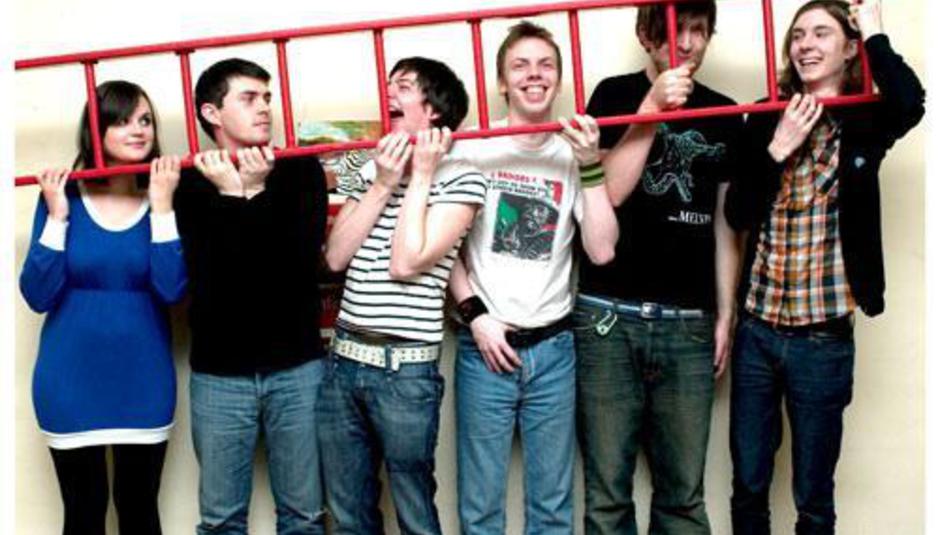 Dananananaykroyd have been forced to pull the last two shows of their Australian tour after drummer John broke his arm in a crowd-diving accident during yesterday's show at the Annandale Hotel in Sydney.

The band were due to play at next Friday's Belladrum festival, and further news will follow regarding the bands future and current touring arrangements, which were only announced earlier this week.

John is currently in hospital in Sydney receiving treatment and bandmate Calum explained:

"The details still aren't really very clear. John, I think he just kind of came off the stage a bit funny and has done something pretty bad to his arm. The latest I've heard is that he's taken a bit of his elbow bone off."

"We couldn't really go on without John and so we stopped the show and got him medical attention as soon as possible. There was a doctor in the audience which was really cool. The kind of cliched 'is there a doctor here' thing actually worked. She looked after John for a while until the ambulance arrived."

With regards to prospects for future shows, Calum also said that:

"It all depends on how John's arm gets I suppose. We've not really had the chance to regroup just yet. Unfortunately we can't obviously play in Melbourne tonight which is a total shame. We're just sad that we're not able to play."

That does indeed sound very nasty and somewhat painful. Wishes from all at DiS for a speedy recovery and swift return to the skins for John. We'll all drink to a fast recovery!