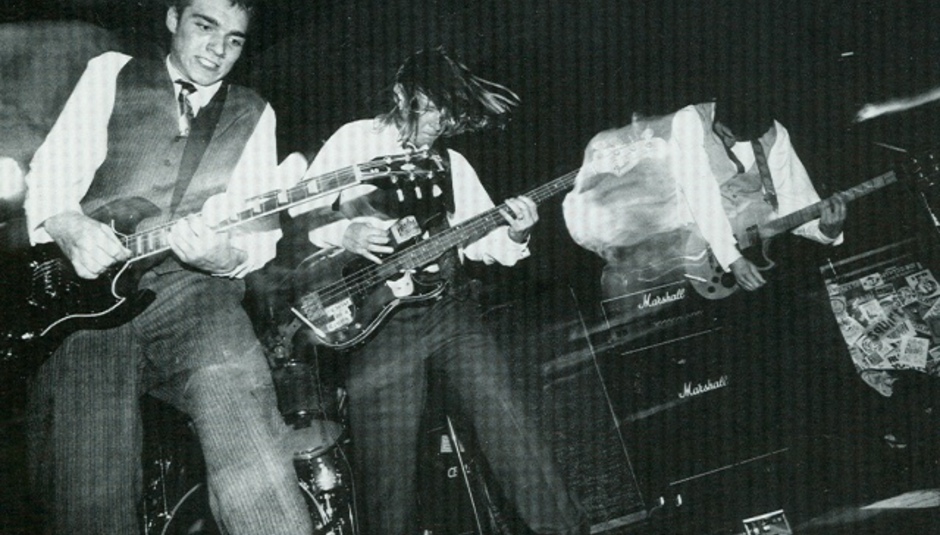 After literally years of speculation and rumours, Sunny Day Real Estate have 'done a Get Up Kids' and announced their reformation as well as plotting a tour.

The reformation sees all for original band members back together for a 17 date US tour (below). In addition to this rather wonderful news, their record label, Sub Pop, are going to continue their recent tradition of neato re-issues with Diary and LP2.

According to Sub Pop, both albums will include the usual rare bonus tracks but also newly written liner notes. They'll be released in both Compact Disc and Long Player format on September 19.

The original line-up of the band hasn't played together since 1995, when Nate Mendel and William Goldsmith joined Foo Fighters. Mendel still plays bass for that band to this very day.

Unlike The Get Up Kids, however, they aren't coming to the UK. Yet.

Nate Mendel said of the reunion:

“I wasn’t around for the second version of the band that recorded the 3rd and 4th albums, so I’ve always had a feeling of unfinished business there,”

“We had all these out-sized ideas back then, ‘Everyone’s going to learn a new instrument,’ and ‘Let’s do a rock opera,’ but before we could get anywhere with them, the band broke up. We left behind all these weird and beautiful songs, though, and they’ve stuck with me all this time. I’m really happy that we get a chance to play them together again.”

LP2 and Diary will be available from Sub Pop and Sunny Day Real Estate FM.