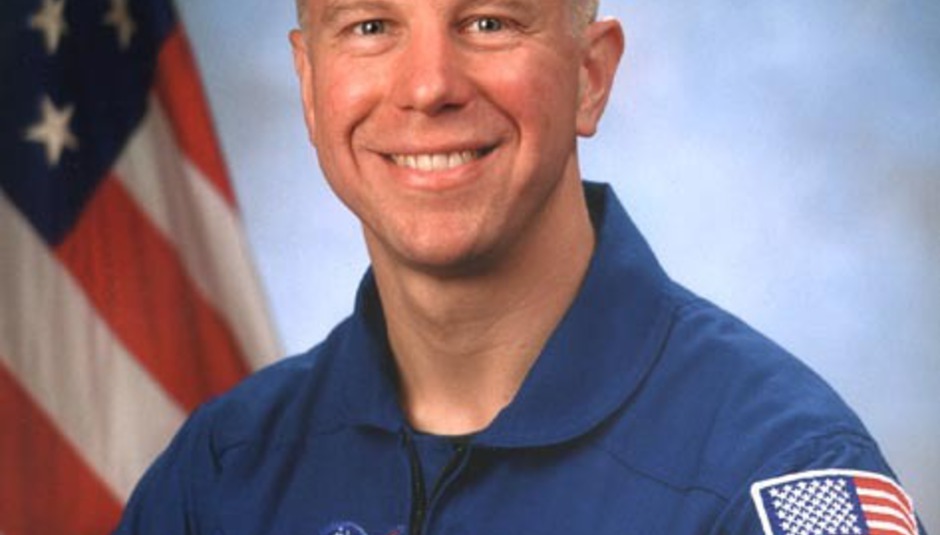 Those of you with no true love of film as an artform will perhaps have missed the hi-larious reference in the title there. It is, of course, an allusion to Leprechaun 4: In Space, a dubious if quite amusing attempt to shore up an ailing entertainment franchise.

BY COMPLETE COINCIDENCE we now turn to the latest news on big-in-the-Eighties new wavers Echo & The Bunnymen.

Turns out that astronaut Colonel Timothy L Kopra (pictured) is a Bunnymen nut, and is indeed such a big fan of the band that he emailed them to ask which one of their albums he would like them to take on his impending three month mission aboard the International Space Station. Most people would probably just whack all their albums onto an iPod, but you know those NASA boys - they do things their own way.

Already-overlong story short: Kopra is off to the stars on June 13, and will be taking a signed copy of 1984's Ocean Rain up with him. In conspiracy-theory-as-big-as-the-moon-landings news, the album gets something like its billionth reissue on May 30, this time as a swanky boxed set.

Sayeth Ian McCulloch: "What an honour. Now it's official. We are the coolest band in the universe. As a kid I dreamt of being an astronaut and now in a way it feels like I'm fulfilling that dream. I cannot wait to hear from Tim what it's like to listen to 'The Killing Moon' in the actual glow of the moon"

We imagine it's just lovely.