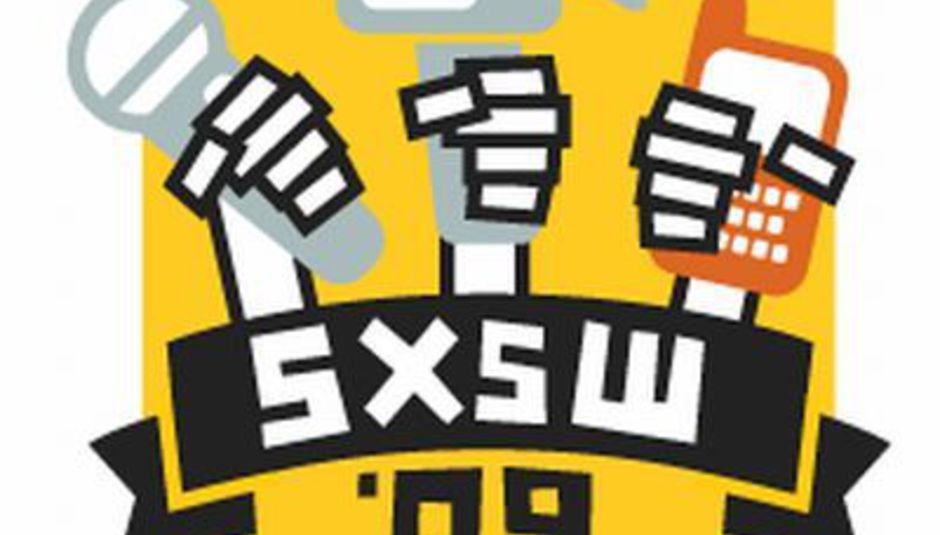 The label have announced the lineup for their 2009 SXSW showcase - it'll take place on March 18th at Central Presbyterian Church (200 E. 8th St, Austin, TX 78701) and feature performances from Camera Obscura (12am), Department Of Eagles (10pm), M. Ward (9pm), Anni Rossi (8pm) and St Vincent (11pm). But, for those of us unable to make the trip across the Atlantic, they've prepared this handy audio sampler featuring tracks from the acts in question.

The recent 4AD signings have announced details of their debut album. It's called Until The Earth Begins To Part and will hit the shelves on June 1st - with the title track dropping as a single on May 11th. Head over to the band's Myspace page now for a free download of album track 'If Eilert Loevborg Wrote A Song It Would Sound Like This'. The complete tracklisting for the record is as follows:

See them playing those songs and more in the following places:

Hot on the heels of last week's news about Jarvis' second, Steve Albini-produced solo album comes an announcement containing the record's title, a release date (May 18th) and a handful of UK live dates. See him perform tracks from Further Complications at these locations:

The man himself has also written some witty pre-release notes about the tracks in contention for the album (tracklisting still TBC).

"'Slush' is a song I wrote whilst aboard a ship that was sailing up the west coast of Greenland last year. I guess that slush will be the ultimate outcome of global warming. 'Caucasian Blues' is an attempt to understand the pain of a man whose Honda Goldwing has run out of petrol. 'I Never Said I Was Deep' is the phrase that I would like carved on my tombstone. 'Girls Like It Too' takes its title from a phrase in one of the speeches made at John Peel’s funeral. 'The Night They Let Me Out Of The Home' portrays the difficulties of using public transport whilst on crutches. 'Apparently' is about how you can be in love with someone without realising it. 'I Found Myself Looking For God' lists unlikely places one can look for spiritual enlightenment and 'Homewrecker!' is an absolute racket featuring saxophone from Steve MacKay (he played on The Stooges’ Fun House, you know).

A number of additions have been made to the 2009 'Crawl roster. For a complete list of all the acts appearing across London Town on Friday April 24th and Saturday 25th, go to CamdenCrawl.com, but here's the most recent confirmations...

Got an ex you'd like to exorcise (that's exorcise, not exercise, which suggest something quite different...)? Well, Catherine A.D. would like to help you. The singer's very kindly offering to destroy any items sent to her - by you, that were originally from your ex - in the video for her next single, due to be filmed later this month. We'll let her explain:

"As part of the video we will have some scenes of destruction where I will do my best to slay your demons and exorcise any possession of your choice that you are happy to part with and see destroyed on film. Suggested object might include: cds, books, stuffed animals/toys, clothing - tshirts, wedding dresses, photos, trinkets, vinyl records, video tapes/VHSs, giant valentine's cards/birthday cards, love letters, mixtapes etc etc..."

The deadline for submissions is March 29th. For more information, read this blog post.

The French dance legends are to score the forthcoming Disney remake of 1982 cult hit Tron. Tron 2.0 (directed by Joseph Kosinski) is set for release in 2011, so they've got plenty of time to get their first film score nailed. We reckon this is going to be amazing. Meanwhile, a fan of the duo has made a trailer for the original film featuring Daft Punk's music - and the date suggests it was made last year. Pre-emptive strike?

Bromst is one of the best records we've heard so far this year, and its author has just announced a couple of dates over here in support of the release - one in Dublin, the other in London. What about the rest of us?! Still, those lucky enough to secure a pass for Primavera will also have a chance to immerse themselves in the Dan Deacon live experience - here's hoping he gets a late, late slot a la Holy Fuck last year. Anyway, here's those dates:

Bromst is released on March 23rd.

The who? It's none other than Jack White's new side-project, which features the White Stripe on drums, his Raconteurs bandmate Jack Lawrence on bass, Queen Of The Stone Age's Dean Fertita on guitar and The Kills' Alison Mosshart on vocals. White plays drums. He also produced their debut album Horehound, which is due in June on his Third Man Records imprint. 150 lucky punters were treated to a gig at the label's Nashville HQ this week, and were given a limited edition 7" of the band's first single, 'Hang You From The Heavens' b/w a cover of Gary Numan's 'Are Friends Electric?'. Hear it now on their website, TheDeadWeather.com - or watch the video below.

---
Video: The Dead Weather 'Hang You From The Heavens'

Canadian indie royalty Owen Pallett will be returning to the UK for a headline show on May 28th at London's wonderful Union Chapel. Awesome. Tickets can be purchased here.

DiS' favourite singer-songwriter has announced a one-off show at London's Shepherd's Bush Empire on June 30th. He's also due to release Hold Time track 'Rave On' - a Buddy Holly cover, no less - that same month. And if you're off to SXSW (you lucky, lucky person!), he's making a number of appearances there too, including his UK label's showcase as we mentioned above.

The Scottish quintet return on May 18th with new album Deaths & Entrances, the follow up to pretty-bloody-ace debut Wolves. Named after a Dylan Thomas poem and inspired by likes of Joseph Heller, Kurt Vonnegut, Jr. and Alasdair Gray, the band more than live up to their literary moniker here. Frequent "night terrors" suffered by the band's Gary Deveney also impacted upon the writing and recording of the LP, which took a purported 628 days in a windowless old pub in their hometown of Greenock. Initial impressions suggest Good Things.