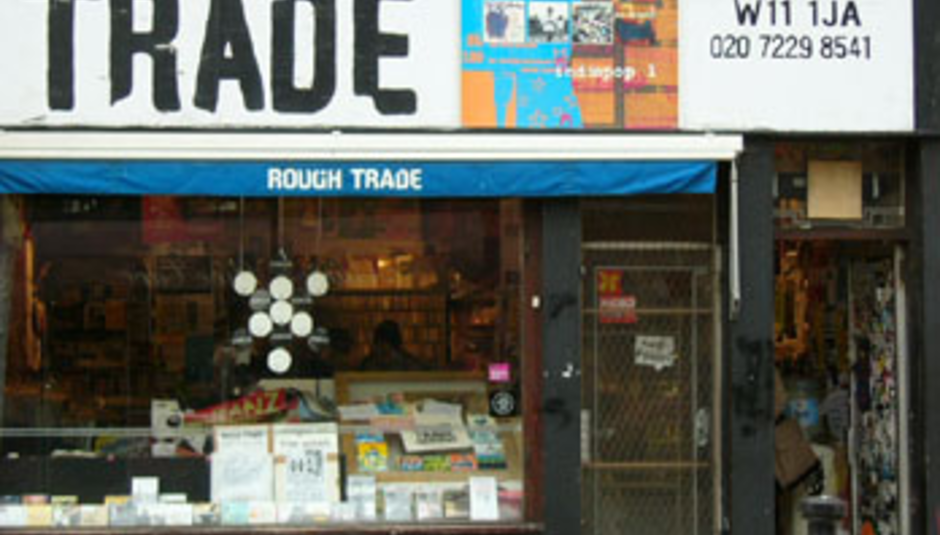 Following on where we left off last week with content celebrating the 30th Birthday of Rough Trade Records, and to coincide with our Rough Trade People's Voice Prize, we caught up with Sean Forbes from Rough Trade's original shop in West London, to find out a little bit of what it's like to work there...

What's the first thing that happens in the store when you open up?

We talk about last night's football, drink coffee and red bull and laugh at each other.

How do you choose what goes on the stereo first?

Whoever comes in first gets the party rocking. The last few days we had on the new Alela Diane album, new Animal Collective album, Low Anthem and Blondie.

What sort of people come through the stores door on an average day?

Do you spend much time talking with bands and independent labels wanting to put their records onsale? How do you decide to take their stock?

Yes we talk to everyone and we all decide what we stock.

What's the strangest argument you've had about where to file a record?

How often do people come in expecting to buy commercial pop music?

All the time and we are more than happy to get it in stock for them.

What have been your biggest sellers this week?

What's the rarest record or promo item you've found whilst rummaging around the store?

A promotional block of wood for the Uncarved Block album by Flux of Pink Indians. It now lives in my house.

What makes for the ultimate Rough Trade lunch break?

Two Pints of lager and a packet of crisps, please!

Which records are currently in heavy rotation on the in store stereo?

Is there any logic or games involved in who gets to choose what's played in store? Are there any records you're not allowed to play?

No logic whatsoever. You are not allowed to play your own music but if you go to east London - John Webb always has rough demos of Male Bonding on.

Are there any traditions or induction rituals new members of staff have to go through?

To listen to the 50 CD Merzbow box set in one sitting.

For more about Rough Trade Shops visit roughtrade.com. If you've not yet voted in our Rough Trade People's Voice Prize for your favourite album of Rough Trade shops staff picks of the year, then do so here: drownedinsound.com/rt50.

DiScuss: what have you bought recently from Rough Trade? Is working there your dream job? Do you prefer the East or West store? What do you love most about Rough Trade? Can anyone explain why some stuff is filed under genre and other stuff under labels?