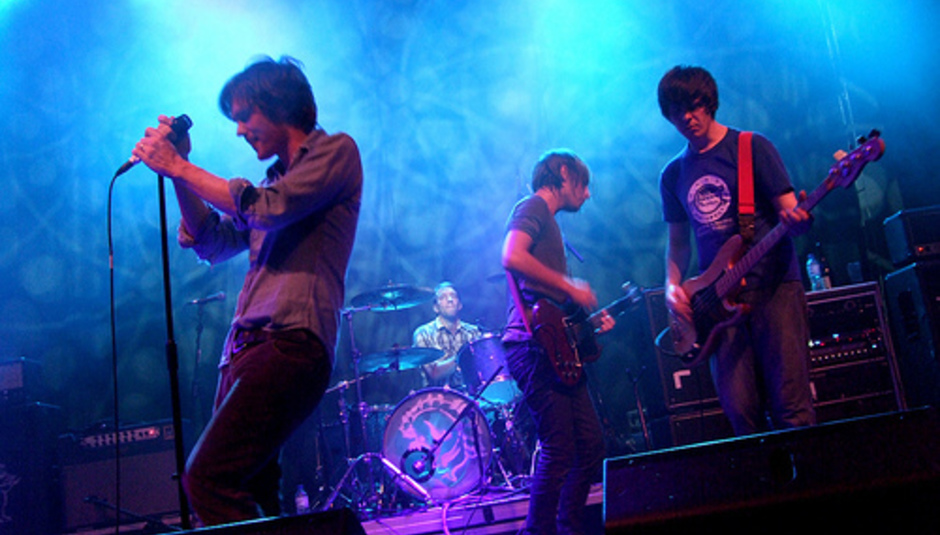 Edinburgh gets a new venue

The Picture House was unofficially welcomed into being last weekend by Idlewild, but tonight (Thursday) it is officially launched with a sold out Travis gig. The venue's line up over the next couple of months includes Martha Wainwright, The Guillemots and The Cardinals featuring Ryan Adams.

The 1500-capacity venue fills a previously gigantic gap in Edinburgh's venue roster, between the 800ish-capacity Liquid Room and 3000ish-capacity Corn Exchange, and ought to boost the live music scene in Scotland's capital.

The building on Lothian Road has seen many incarnations as a cinema, venue and a nightclub, previously played host to Queen, Pink Floyd and The Smiths as the Caley Palais in the seventies and eighties, but is more commonly remembered by twenty-somethings (often unfavourably) as the Revolution nightclub.

It was briefly relaunched as a rock venue in 2006 under the guise of GIG, but closed its doors in January 2007. It has since been renovated under the direction of the man responsible for Glasgow's Carling Academy.

Despite work still continuing in the balcony - and tools still on view under the stage – The Picture House made a pretty good impression on preview night, with no obvious glitches during awesome-sounding sets from Chutes and Idlewild.

Highlights over the next couple of months include:

November:
12 The Wombats
13 The Guillemots
14 The Cardinals featuring Ryan Adams