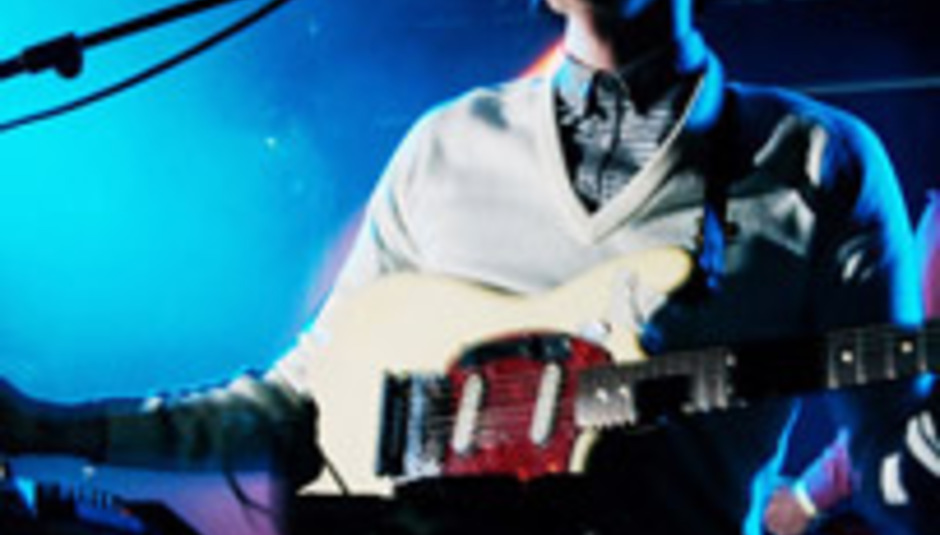 Mystery Jets have announced that they will not be playing at a number of festivals over the coming weeks, due to illness.

Vocalist Blaine Harrison (pictured) is presently undergoing treatment a reoccurring injury relating to his Spina Bifida. A spokesperson for the band assures DiS that he is on the mend, and that the band will be up and running again soon - they've a number of headline dates in October (details).

A full statement is expected to be posted on the band's MySpace page later today.

Mystery Jets' Twenty One is one of 12 albums shortlisted for DiS's first-ever Pluto Prize - click here for details and to vote.