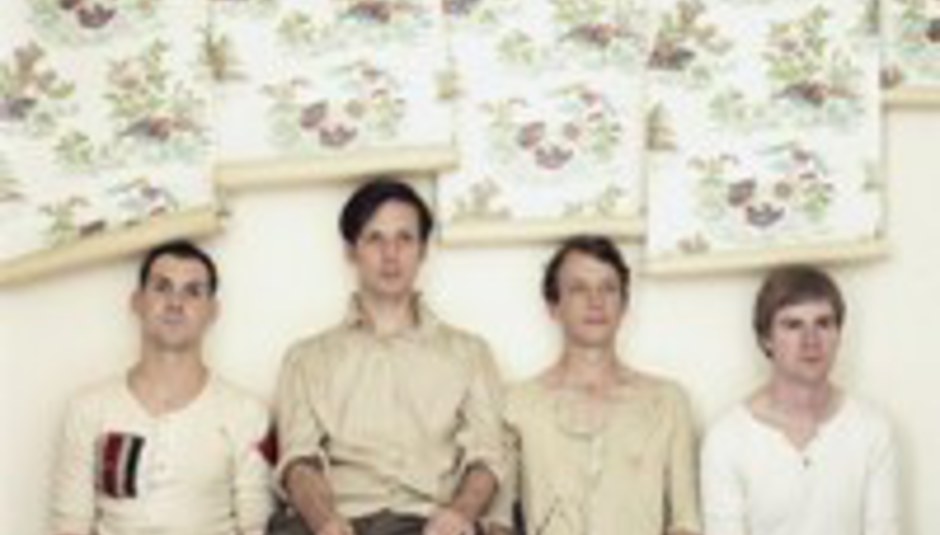 The gents of theQuietus.com are knocking back pints of British Sea Power’s own-brewed ale (shortly to be available at the band’s own Tan Hill festival) in celebration at their nomination for the Mercury Music Prize, as announced earlier today.

No doubt British Sea Power have been given the nod for their marvelously unified aesthetic, which lifts their music via concerts in interesting and unusual music venues.

The latest British Sea Power excursion into the realms of the non-Carling polluted venues was a stop-off at the Natural History Museum in London. So keen were the band to play under the hallowed terracotta tiles that they travelled from the verdant fields beside Lake Geneva especially to spend the afternoon soundchecking next to a corridor of deceased avian life.

Anyway, theQuietus.com managed to nab British Sea Power for a moment before they took to the stage, and asked them a few questions – discover the real reason for their obsession with the natural world, and watch a top notch performance of their classic ‘Spirit Of St Louis’.

British Sea Power are playing all sorts of festivals this summer before heading out on the road in the Autumn. Catch them before the Mercury compilation hordes descend: