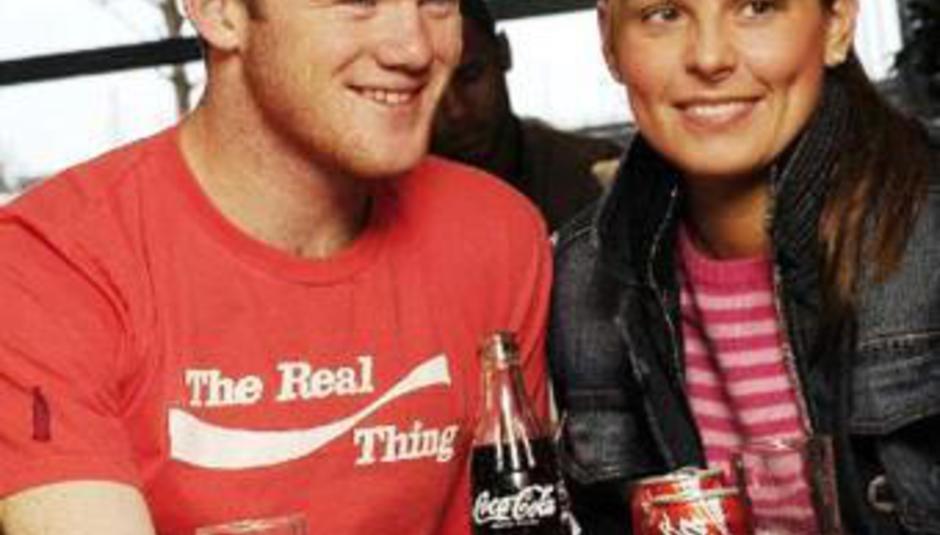 Manchester United footballer Wayne Rooney has got himself a new tattoo inspired by "huge musical heroes of his", Stereophonics.

Rooney - pictured doing Coke with her indoors, as you do - has had the words "Just Enough Education To Perform" inked on his right forearm. Take a look at it HERE. It's the title of the Welsh trio's third album, released in 2001 when Rooney was 16 and not old enough to get a tattoo that didn't come in a pack of bubblegum and peel off in the bath.

A source told daily tabloid The Mirror: "The Stereophonics are huge musical heroes of his - he absolutely loves the band and that's his favourite album. But he also thinks it's funny that it could have been written about him."

Yes. It could have been.